Without gender equality, we cannot achieve the SDGs

Despite the good intentions of governments and wider society, women still face huge inequalities, particularly in continents like Africa. If we are to achieve a sustainable future where no one is left behind, much work to close the gender gap remains 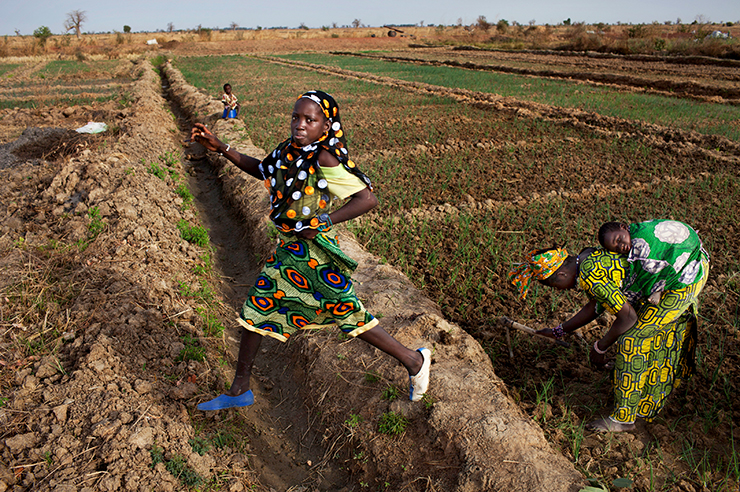 Without gender equality, we cannot achieve the SDGs

Despite the good intentions of governments and wider society, women still face huge inequalities, particularly in continents like Africa. If we are to achieve a sustainable future where no one is left behind, much work to close the gender gap remains

The international community is paying more attention to, and making commitments to mobilise resources to achieve, gender equality.

The UN Sustainable Development Goals (SDGs), the African Development Bank (AfDB) Group’s Gender Strategy, the African Union ‘Agenda 2063’, and the UN Secretary-General’s High-Level Panel on Women’s Economic Empowerment are all testament to the global pledge to support the cause.

Numerous legal and legislative frameworks have been adopted to ensure gender equality. Yet, implementation has been weak in moving from policy to action. Integrated action by multiple stakeholders – including governments, development partners, civil society and the private sector – is needed to address gender inequality and promote women and girls’ empowerment.

We would need transformative cross-cutting policy solutions, technological innovations and targeted financing to ensure that every person – regardless of their sex, colour, creed, ethnicity or nationality – is on an equal footing and can advance themselves without any barriers.

Women occupy less than three per cent of CEO positions in RMCs. They work 50 per cent longer hours than men yet earn 30–50 per cent less. They form over 75 per cent of the poor and vulnerable population in RMCs. Four out of five women lack access to an account at a formal financial institution (compared to about one in four men). Rural areas, especially, have an acute financing gap: women benefit from only one tenth of credit to small farmers, and  less than one per cent of total credit to agriculture.

A call for action
Increasing African women’s access to the formal financial system would lead to greater economic empowerment and increased asset ownership. Women on the continent are predominantly found running microenterprises in the informal sector, and working in low-value-added activities that reap marginal returns.

One major problem women face is that credit markets are not gender-neutral. A recent study by the World Bank found that in countries where women face legal restrictions on their ability to work, head a household, choose where to live or receive inheritance, they are less likely than men to own an account, save money or borrow. Women often lack the assets that financial institutions demand as collateral.

All these facts and figures highlight the cross-cutting nature of gender inequality  and underline the glaring gaps that result. They should be viewed as a call for action. These imbalances hamper the full participation of women in the social and economic development of their countries, and of the globe. What are the costs on the sustainable development of the continent, and the world?

There is an inverse correlation between growth and gender inequality in low-income countries, and between growth and gender-related legal restrictions in all countries. A World Bank research paper demonstrated that a one percentage-point reduction in gender inequality in low-income countries is associated with higher cumulative growth in those countries over five years of 0.2 percentage points – a result in line with previous estimates.

Further progress in reducing income and gender inequality could deliver significant growth dividends. Analysis suggests that annual economic growth in sub-Saharan African countries could rise by nearly one percentage point if inequality were reduced to the levels observed in the fast-growing Association of Southeast Asian Nations.

But structural features specific to sub-Saharan African economies appear to be associated with higher inequality. The region’s continued high fertility rate limits the share of women in the working-age population, thereby postponing the expected ‘demographic dividend’ in terms of lowering inequality. This underscores the importance of accelerating the demographic transition by raising investment in human capital.

Inequalities
Africa faces a huge infrastructure deficit, which in turn has an adverse effect on the continent’s growth and economic development. The AfDB is leading efforts to promote the need for investment and facilitating the substantial involvement of the private sector in filling this gap. But the benefits of large-scale infrastructure projects are often not evenly spread to all sections of the economy or society.

Many people, particularly women and girls, are acting as ‘living infrastructure’ in parts of the continent, where poor infrastructure forces them to take on additional responsibilities (such as walking long distances to carry wood or water, or to reach health facilities). This is due not only to a general lack of infrastructural investment but also because of the priorities society makes concerning what type of infrastructure should be supported.

Changing women’s legal status and property rights would have a positive effect on women’s income, which would in turn affect their accumulation of assets such as pensions and insurance.

We need to focus on programmes that reform inheritance, or land redistribution, or women’s ability to own personal income and assets. These factors matter greatly for a woman’s ability to exit a marriage, cope with shocks and invest and expand her earning and economic opportunities.

While the personal may have been political for decades, governments and multilaterals have been reluctant to tackle laws that regulate relations within households. Some 189 countries have ratified the Convention on the Elimination of All Forms of Discrimination against Women – yet 26 have not fully endorsed Article 16, which covers equality in marriage and dissolution of marriage.

Article 16 has the greatest number of formally expressed reservations, yet all its provisions are critical to women’s ability to live as equal partners in the family, and to care for themselves and their children. Any reservation to Article 16 highlights a state’s reluctance to recognise women’s full competence as adults within the family. Women therefore don’t have equal property and inheritance rights, primarily relying on their male relatives for sustenance. In cases of domestic violence, women will find it even harder to leave a violent relationship.

Closing the gender gap
In July 2015 the multilateral development banks (MDBs including the AfDB, Asian Development Bank, World Bank, European Bank for Reconstruction and Development) and the International Monetary Fund (IMF) presented a joint vision of what we can do, within our respective institutional mandates, to support and finance achievement of the SDGs.

Through collective and individual actions, initiatives and additional steps to enhance extensive work already underway in our organisations, the MDBs and IMF will help countries, partners, investors and the global community move from billions to trillions of dollars as we take up the challenge of achieving the SDGs.

AFAWA partnership
In a bid to address the financial exclusion of women on the African continent, the AfDB created the Affirmative Finance Action for Women in Africa (AFAWA).
AFAWA is a multi-partnership, multi-product, 10-year programme led by the AfDB. Its aim is to raise up to $3 billion in resources (advisory services, training, financial products, grants) to support women in business in Africa, thereby scaling up socio-economic development and industrialisation.

The AfDB has high expectations. Achieving less than has already been committed is not an option. The bank will contribute to transforming Africa’s agenda. The AfDB financing facility will ensure that women have access to finance. No economic area should be viewed as non-traditional for women. Women should – and will – light Africa, feed Africa, industrialise Africa, improve the quality of life of Africans and integrate Africa.