Unequal under the law

Too many countries enshrine different legal rights for men and women. Why is this, and how can we rid legal systems of this long-standing prejudice? 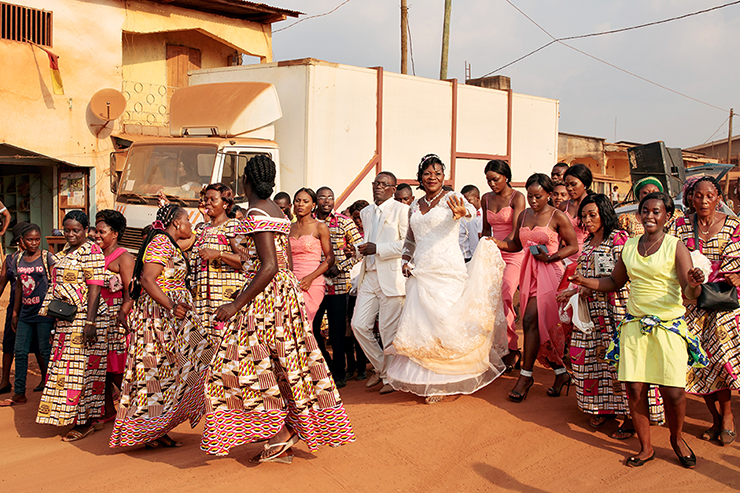 UN Women’s ‘Gender Road Project’ is a 124-mile road project that stretches between the townships of Batchenga, Ntui and Yoko, in central Cameroon. In an impoverished area, where women have limited access to land or finance, the project teaches them financial and entrepreneurial skills and improved farming techniques, and facilitates their access to public services and land rights. © UN Women/Ryan Brown

Unequal under the law

Too many countries enshrine different legal rights for men and women. Why is this, and how can we rid legal systems of this long-standing prejudice?

One of the areas where we have the greatest potential to accelerate gender equality and women’s empowerment is in tackling laws that discriminate against women and girls. There is both scope and incentive for improvement.

Discrimination in law is commonplace. It can take the form of different standards for women and men in passport application, the transfer of nationality to a child or foreign spouse, participation in court proceedings, receipt of inheritance or choice of employment or marriage partner. Often these laws reflect long-standing exclusion of women and girls from the spaces where laws are designed, implemented or studied. The result has been to normalise – and legitimise – gender inequality.

More than 2.5 billion women and girls around the world are affected by discriminatory laws and lack of legal protection, often in complex, intersecting ways. This puts them at strong risk of being left behind but, conversely, provides a direct route to change. World Bank analysis this year has shown that a typical economy gives women only three-quarters of the legal rights of men, but that where there was reform, more women worked and were better paid.

Legal discrimination affects women and girls of all social classes and contexts, leaving them vulnerable to a wide spectrum of human rights violations. For example, lower levels of gender equality in national laws are associated with fewer girls enrolled in primary and secondary education, doing skilled work, owning land and accessing financial and health services. They are also linked with more women facing domestic, family and sexual violence.

When a state allows gender discrimination in its nationality laws, it is implicitly endorsing the notion of women as inferior, with ‘second class’ citizenship. Children can be left stateless when their mothers are unable to pass on their nationality to them, especially when children cannot acquire their fathers’ nationality. As adults, they may not be able to get paid work, move freely, open a bank account, own or inherit property or fully participate in society.

Discriminatory laws can also exacerbate inequalities in families by affecting the extent to which women can make choices and exercise agency. Discriminatory personal status laws impede equality in marriage, divorce, inheritance and parental authority and responsibilities. These shortfalls often overlap with gaps in other rights, such as the right to be protected from various forms of violence, the right to food security, and girls’ right to an education.

On the other hand, laws that promote gender equality can yield multiple dividends for women and societies. When women can inherit on an equal basis with men, mothers can then better invest in the education of their daughters. This in turn can increase the average age of marriage, because girls who stay in school are less likely to marry early. Avoiding early marriage can limit early childbirth and widowhood, with substantial physical and socio-economic benefits. Instead, girls are better able to look forward to decent work and a sustainable future income. The McKinsey Global Institute recently estimated that women’s equality in wages and labour force participation could increase global gross domestic product by up to $28 trillion by 2025. This is an opportunity that we cannot afford to miss.

A need for universal action
Law reform more broadly, and the repeal or revision of discriminatory laws specifically, is inherent to the achievement of gender equality. This is itself a requirement for realising the transformative ambitions of the 2030 Agenda for Sustainable Development. Yet progress in eliminating discriminatory laws has so far been uneven. That is why we want universal action now.

To this end, UN Women, the African Union, the Commonwealth, Inter-Parliamentary Union, Organisation Internationale de la Francophonie and Secretaría General Iberoamericana have jointly issued a strategy to fast-track the repeal of discriminatory laws in 100 countries. This will address the legal needs of over 50 million women and girls between 2019 and 2023, building on existing related programmes and partnerships and sharing platforms, resources and technical expertise.

Together, we have the potential to achieve gender equality in the law and more equal and prosperous societies. To get there will take strong political will, dedicated investment and strategic partnership.

Source: World Bank, Women, Business and the Law 2019: A Decade of Reform