International trade has brought great benefits, but also inequities. By incorporating the philosophy of the SDGs into trade agreements, trade has the potential to benefit all 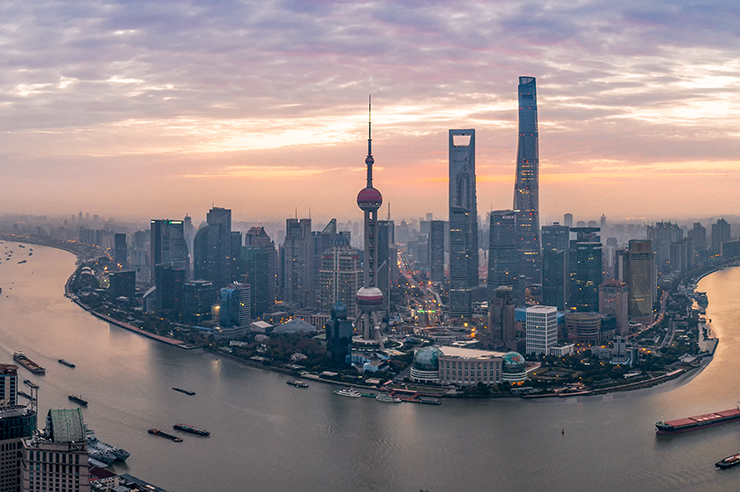 Shanghai, China. Under the MDGs, the country’s economic growth, based on trade, made the greatest contribution to tackling extreme poverty globally.  The period also witnessed a persistent increase in income inequality. © Danny Hu

International trade has brought great benefits, but also inequities. By incorporating the philosophy of the SDGs into trade agreements, trade has the potential to benefit all

The value of world trade has nearly quintupled over the past 20 years from $5 trillion to about $24 trillion. Over the same period, trade has proved to be an excellent medium to leverage and promote economic growth, helping lift a billion people around the globe out of extreme and abject poverty. But in the last 10 years there has been a significant change in how international integration is perceived by the public and pursued in policymaking. As new middle classes have emerged in developing countries, middle-class prosperity in developed countries has found itself wavering.

After the financial crisis of 2008, and especially in the last few years, the debate around the benefits of international trade has become much more fractious. One particularly contentious point is whether trade integration – establishing freer trade between countries – has resulted in inequitable economic growth, with some people and nations benefiting at the expense of others.

Even the simplest classroom trade models acknowledge that trade benefits accrue unevenly. Trade integration can polarise the gap between the low and high skilled, suppress wage growth for workers facing overseas competition and create hardship and displacement for those who lose their jobs.

As it happens, trade agreements are generally devised to reduce trade frictions across borders, while paying little attention to the distribution of the costs and benefits of trade within countries. Other forces – such as financial markets, information  and communications technologies, automation and movement of people – also contribute to how the benefits of globalisation are distributed.

As globalisation has expanded in recent decades, national and international policies have not kept up with the need to address these spillover effects. In fact, in many cases, states have retreated too hastily from their responsibility to regulate and redistribute.

Workers and families who are left behind by globalisation have not been abandoned by trade. Rather, they are victims of a lack of economic opportunity, social security  and mobility engendered by an absence of the right set of policies. As trade integration has deepened over the past decades, the countries that maintained the smartest protections saw their populations suffer the least.

So we can see how economic globalisation, including through the expansion of free trade policies, has been changing the structure of many societies at unprecedented speed. It both creates new opportunities for some and brings dislocations for others. At the same time it raises new risks for booms and busts, intensifies the problem of greater efficiency co-existing with greater inequality, and calls for careful attention to policy.

Consequently, singling out trade as the main culprit behind globalisation’s discontents runs the risk of throwing the baby out with the bathwater, potentially cutting off the benefits of trade without addressing the full spectrum of reasons for growth in unemployment. To avoid this mistake, we need to adopt a more nuanced approach to trade.

Better trade: beyond the rules
At UNCTAD, we believe that the solution is not less trade – characterised by unilateralism and isolationism – but better trade, fashioned by the principles of inclusivity and equity.

Trade alone is not enough to reach economic and social objectives. It must be accompanied by a set of macroeconomic and sectorial policies that are inclusive and sustainable – and by social programmes designed to bring fairness to those who risk being left behind.

This makes it even more important for governments to more thoroughly assess the implications of trade integration strategies on their citizens. They must design appropriate complementary policies to smooth the localised negative effects of economic integration while helping their constituents to benefit from it. This calls for a more attentive assessment based on research and analysis, both in relation to national policies and international commitments.

Multilateral rule-making on trade has paid the price for this lack of strategy. The soul searching within the trade community has been intense – ranging from whether the multilateral trading system serves global development to whether it is obsolete or even unfair. The failure to reach a meaningful outcome at the ministerial conference of the
World Trade Organization (WTO) in Buenos Aires in December 2017 indicates the difficulty of finding common ground through compromise. This is the main reason why trade negotiations are increasingly conducted on a bilateral or, at best, a plurilateral scale.

Even within the WTO, negotiations are now advancing in a manner that will allow ‘willing countries’ to move forward on specific issues (such as e-commerce, investment facilitations, and issues related to micro, small and medium-sized enterprises) without commitments from non-participating members.

Whether this approach would result in a fair and equitable development remains to be seen. The outcome of the WTO’s ministerial conference fell far short of expectations. In particular, it demonstrates that we are even further away from reaching Sustainable Development Goal (SDG) 17 on revitalising a global partnership for sustainable development than many of us had feared.

In addition, China’s One Belt One Road Initiative, the continued interest in many countries to finalise a Trans-Pacific Partnership, and the efforts of African countries to launch a Continental Free Trade Area in 2018 are just some examples that show that trade remains at the core of many development strategies. There also remains large potential for deeper economic integration within South Asia, Latin America and especially within sub-Saharan Africa.

One important question is not whether these initiatives will deliver benefits, as they surely will, but to what extent the benefits will be shared. The SDGs provide a valuable benchmark against which we should weigh these trade integration efforts. Global efforts to achieve the goals are driving a shift from a mindset based on competition to one more focused on solidarity and sustainability.

It is promising and encouraging that a growing number of recent economic partnership agreements between countries include provisions with important implications for the SDGs, including labour and environmental standards.

Such provisions are also not limited to North-North agreements but also are increasingly part of South-South and North-South agreements – regional, interregional and plurilateral. This broad willingness by a wide range of countries to consider sustainable development issues in the context of trade agreements is a promising precedent for multilateral negotiations. By adopting this mindset, nations can move towards making trade agreements more socially and environmentally responsible.

If trade, international cooperation and solidarity are to support global development, governments need to advance an economic agenda that is not only outward looking but also equitable and compatible with interrelated challenges in other policy domains.

For proof of this, look no further than the degradation of our oceans, or the causes and consequences of climate change that threaten the ability of large numbers of people to lead dignified lives. Such phenomena cannot be addressed by anything but world consensus. The issues require concerted and collective actions, and global implementation.

Experience, not to mention logic, tells us that multilateralism – where all parties agree in mutually beneficial arrangements – is the best option for an international trading system.

To pursue a nuanced approach, countries can seek multilateral cooperation on trade (and its development dimension) through all possible avenues open to the international community.

Consider the ministerial decision made at the Buenos Aires conference to continue constructive engagement on fisheries subsidies negotiations, with a view to adopting an agreement by 2019. This WTO ministerial decision was copied almost verbatim from the text of target 4 of SDG 14: to effectively regulate harvesting and end overfishing and destructive fishing practices by 2020. With time – and fish – running out, we now have several means at hand to move beyond the Buenos Aires stalemate. These include a binding multilateral agreement by or before 2019, or a fast-tracked plurilateral agreement inside or outside the WTO.

A third possibility looks more broadly beyond the trade rules toward the negotiation of a treaty to end fish subsidies. Such a treaty would be under the United Nations Convention on the Law of the Sea with the support of UNCTAD, the Food and Agriculture Organization of the United Nations and  UN Environment.

To preserve multilateralism at this tender moment, rather than simply resign ourselves to unpredictable plurilateralism, we should look at all the possibilities open to us. We should acknowledge that what cannot be channelled into hard rules for the moment can instead become the focus of a more dynamic soft-rule making process.

This argues for a greater role for more inclusive global platforms like the UN. It also should motivate a wider set of discussions on how trade can be made more compatible with the broader pillars of economic, social and environment sustainability. To harness, rather than be hindered by, the interdependence of the challenges we face, we must find innovative ways to stitch together the constellation of our collective promises to arrive at global solutions that work.