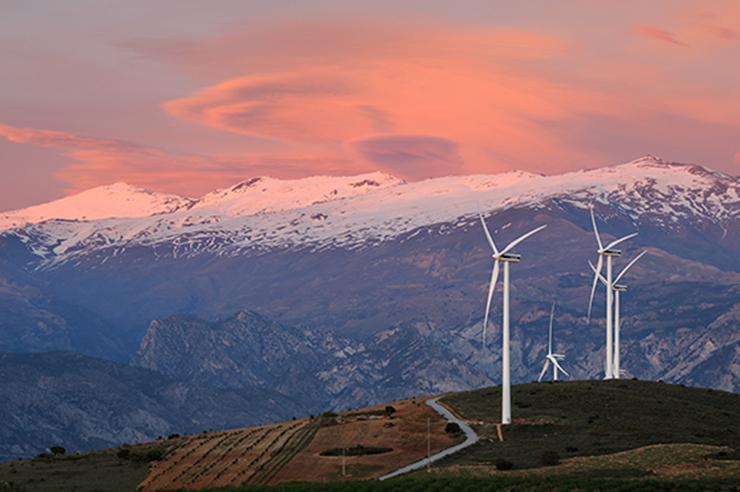 The fight against climate change, as well as adaptation and resilience to its impacts, is encapsulated in SDG 13 (“Take urgent action to combat climate change and its impacts”). World leaders met at COP21 in Paris in December 2015 to agree what form that action should take.

The post-2015 agenda, which promotes low-carbon and climate-resilient development, will also contribute to reducing current poverty levels – and has Spain as a major ally for its implementation. Spain has made a significant effort in the last few years to integrate climate change in its development cooperation plans and strategies as well as support several programmes, funds and bilateral, regional and international initiatives on climate change.

One of the main goals of the Spanish Government’s current Master Plan of the Spanish Cooperation is to “improve the provision of global and regional public goods”, for which sustainable development and environmental considerations will play a vital part. In a similar vein, the Sectoral Action Plan on Environment and Climate Change, developed by the Spanish Agency for International Development Cooperation (AECID), aims to promote a new development paradigm based on sustainable economies. Such economies are characterised by low-carbon emissions and high levels of biodiversity, social justice and equity, and where respect for the environment is the basis for development.

The work of AECID has also been key for the consolidation of regional initiatives such as the Ibero-American Network of Climate Change Offices (RIOCC). This network is promoted and supported by the Ministry of Agriculture, Food and Environment through the Spanish Climate Change Office, which acts as the network’s secretariat.

RIOCC’s objective is to strengthen the development and implementation of policies and activities to tackle climate change in Ibero-American countries. The network facilitates the establishment of alliances among all the countries, allowing nations to make progress together in a more practical context other than that of climate change negotiations. It also promotes debate around several climate change topics ranging from the scientific and technical to the economic and political.

RIOCC is, without doubt, a pioneer initiative that has allowed the creation of a technical space for the exchange of information and experiences. It has also provided the opportunity to identify synergies and priorities for regional cooperation, while also promoting North–South, South–South and triangular cooperation.

The need to change the development model – the transition towards a low-carbon society – has become abundantly clear in Spain, a country characterised by its high energy dependency while importing around 80 per cent of its primary energy. Given its citizens’ reliance on energy to maintain their current way of life, it is clear that a new development model will require changes in the way the country both produces and consumes.

In this context, all elements of the economy must effectively deal with the need to reduce greenhouse emissions in a way that also enhances economic activity and employment. To this end, in recent years, the Spanish Ministry of Agriculture, Food and Environment has been promoting several initiatives that generate low-carbon economic activity while creating sustainable employment.

Among these, the Environmental Boosting Plans deserve a special mention. Their main objective is to help those companies that are willing to move towards an environmentally friendly production model. In addition,  the so-called Climate Projects represent a clear example  of how it is possible to reduce emissions and promote  quality jobs in those sectors associated with the fight against climate change. Meanwhile, Spain’s National Registry of Carbon Footprints allows companies to calculate and so reduce their carbon emissions, while also promoting the use of national carbon sinks.

Low-carbon pathways also represent an opportunity to emerge from the economic crisis by rejuvenating entire sections of our society and economy, to build a sustainable, investment-led economy recovery. Spain is making the most of this opportunity.