Ending hunger won’t be achieved through scientific progress or policymaking alone. Coordinated action will require fundamental changes on the part of producers, consumers and governments 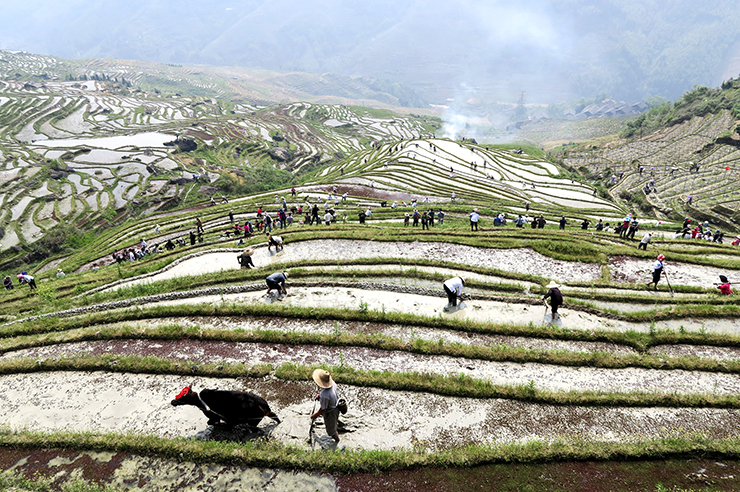 Farming rice on terraces in Guangxi, China. Increasingly, consumers are far removed from the sources of their food and unable to understand the needs of the producers. © China Stringer Network/Reuters

Ending hunger won’t be achieved through scientific progress or policymaking alone. Coordinated action will require fundamental changes on the part of producers, consumers and governments

In most respects, agriculture can be considered one of the great success stories of humankind. After centuries of subsistence living, occasional outbreaks of mass starvation and general anxiety about the availability of food, the 20th century saw agriculture evolve into previously undreamed of capacities for production of food and fibre.

The developed world now enjoys an era of plentiful foodstuffs – so much so that this abundance is now coupled with intermittent concerns about the economic consequences of overproduction and, more recently, the medical costs related to unhealthy diets and/or obesity. Yet, despite such productivity gains, food security for many is still elusive.

The 2000 United Nations Millennium Declaration sought to reduce global hunger by 50 per cent by 2015. However, the 2015 report, The State of Food Insecurity in the World, published by the Food and Agriculture Organization of the UN, identifies about 793 million people that remain undernourished globally.

Although this number is down 167 million over the last decade – and represents progress to be sure – it is far from meeting the goal of halving the proportion of the chronically undernourished. This calls for new approaches – a larger vision of sustainable agriculture and healthy food systems that will more fully engage diverse stakeholders and the general public.

All too often, initiatives aimed at developing a secure and sustainable food supply revolve around new variations of engineering: enhancing supply chains, reducing food waste, increasing productivity, managing natural resources, improving food safety and human health, and so on. Or they centre on socio-economic issues, involving impacts of globalisation, urbanisation, demographic trends, capitalisation of natural resources, access to land or the value of labour and livelihoods of those involved with farming.

These issues are habitually managed in silos, which only exacerbates the problem. Most experts and activists operate in their specific arena and find it difficult to work in an interdisciplinary manner.

Such discord allows those interests that are more narrowly defined and better organised to rule the day – much as we are seeing in recent political upheavals around the globe. More importantly, we must utilise such an understanding to effect far-reaching systemic change throughout our farm and food systems.

This is neither new nor unique to farm policy. In fact, the concept of sustainability itself has long suffered similar discord, as noted by University of California Professor Richard Norgaard in 1988: “The politics of sustainable development is taking a different course. Environmentalists want environmental systems sustained. Consumers want consumption sustained. Workers want jobs sustained. Capitalists and socialists have their ‘isms’ while aristocrats, autocrats, bureaucrats and technocrats have their ‘cracies’. All are threatened. Thus…sustainability calls to and is being called by many, from tribal peoples to the most erudite academics, from Levi-clad eco-activists to pinstripe-suited bankers. With the term meaning something different to everyone, the quest for sustainable development is off to a cacophonous start.”

Similar cacophony has long existed in food and farm systems work, where simplistic discourses often emphasise extremes of policy positions: reform versus degradation, family farms versus factory farms, organic versus biotechnology, and so on. Price pressures, questionable farm policies, new technology and ever-changing market forces can, and often do, push farmers into unsustainable situations throughout the developed and developing worlds.

While it is relatively easy to identify these forces, it has proved extremely difficult to develop the policy instruments that would motivate individuals, let alone governments, to support either sustainable agriculture or food security. The causes, triggers, paths and effects are not always obvious, and are often fragile.

For example, the traditional supposition that capital is accumulated through control of the tangible means of production (land, labour, water, etc.) is increasingly incorrect. Ownership and control of the intangible assets (information, brands, patents, etc.) is where the true power now resides.

Impediments to change
John Kotter, a thought leader in systems change, asserts that a high level of complacency and a low sense of urgency constitute the two most significant impediments to change. In the political world, this manifests as many government programmes being viewed as untouchable.

The benefits of the programme are concentrated in one strongly motivated, politically active segment of society, while injuries, though greater in total, are spread throughout the public. Similarly, as the resources to produce, process and distribute food become concentrated into fewer hands, consumers become further removed from their source of food and less able to understand the needs of those that actually produce it. This can leave both consumers and farmers vulnerable to a global economy that pursues only the highest return on investment.

Research done by Kotter on over 100 of the largest firms attempting to implement major change initiatives – with results ranging from great success to total failure – identified eight components fundamental to building stable and enduring change within systems:

Although the actions are quite straightforward, they do represent a shift from traditional activism, with its focus on political change. This offers huge opportunities as we recognise that in our current globalised, market-oriented food systems, there are many actors other than the state.

In other words, not all solutions are to be found in changes aimed at governance. For example, through their purchases, consumers send strong messages to producers, retailers and others in the food system about what they want and are willing to pay for. As this information filters through supply chains, it affects the choices of agribusiness as well as the various sectors involved in food distribution.

Besides the obvious needs for cooperation, initiative and credibility there must also be a way to harness the energy and drive of many people throughout the system to make a large change initiative be effective.

The good news is that there has already been much progress in this regard as more regions work to develop comprehensive food systems that link consumers more closely with their farmers, and link both groups to opportunities along the entire supply chain. Done well, the entire region, and a wide array of sectors, can enjoy improved economic growth.

This is a vital component of sustainable agriculture and healthy food systems – a vision that all people can engage with in their daily lives.

GLOBALG.A.P. is a global partnership of leading retail chains, food brands and farmers that develop certification standards for good agricultural practices. As a non-government organisation, we define and implement such farming standards through an open private and public stakeholder process across global food supply chains.

GLOBALG.A.P. farming practices focus on food safety, environmental and social aspects and have already been applied by more than 175,000 farmers in over 120 countries. Customised training programmes enable more and more farmers to achieve our certification.

Once certified, each farm has a solid foundation to begin implementing and reporting compliance with a number of SDGs. An annual independent check through GLOBALG.A.P.’s global certification and integrity programme enables third-party assured data to enter a reporting system for farm contributions to SDGs. We offer this added authentication through an extensive infrastructure involving 140 independent certification bodies featuring international ISO-based accreditation from more than 34 countries.

GLOBALG.A.P. is in the process of employing new information technologies to further advance the gathering, processing and reporting of farm-level information beyond the GLOBALG.A.P. baseline, thus enabling assurance of SDG compliance levels in the supply chains of food brands. GLOBALG.A.P. facilitates the creation of a transparent market with the potential to accelerate the transformation of the global food sector towards 2030 goals. 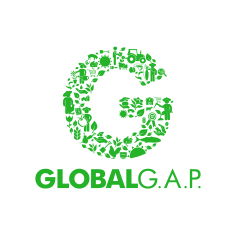