In the face of barriers and protectionism, the multilateral trade rulebook needs to be revised to ensure that it can deliver its full development potential 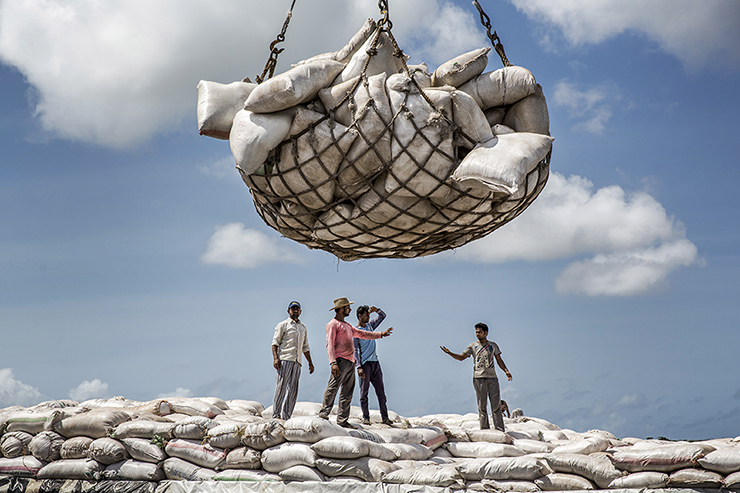 Dock workers loading a cargo ship at Mombasa port, Kenya. The WTO rules surrounding the concept of ‘special and differential treatment’ in trade arrangements have proved problematic. Modernisation is needed for  it to fulfil its purpose of promoting development. © Luis Tato/Bloomberg via Getty Images

In the face of barriers and protectionism, the multilateral trade rulebook needs to be revised to ensure that it can deliver its full development potential

The multilateral trading system provides a unique international regime that regulates the conduct of sovereign nations in trade policy. Its norms, principles and institutions have served many of its member countries to overcome the so-called ‘prisoners’ dilemma’ in their strategic interaction with trading partners, where individually rational behaviour leads to collectively inefficient outcomes. This has helped increase international cooperation in multilateral market-opening and rule-making and has boosted trade flows around the world.

It is therefore striking that the World Trade Organization (WTO) norms and disciplines have failed to preempt the unilateral measures and resulting heightened tensions that have emerged among the world’s major trading partners over the past year. These moves have directly eroded the spirit of multilateral trade cooperation, challenging the legitimacy and integrity of the system underpinning it.

While these trade tensions are a symptom rather than cause of the diminishing relevance and effectiveness of the multilateral trading system, they have brought to the fore the need to revitalise global partnership in trade – especially considering global commitments to do so under Goal 17 (global partnerships) of the 2030 Agenda for Sustainable Development. The question remains how to achieve this goal.

Debating the development dimension
Mindful of the urgency of these systemic challenges, WTO members are currently debating various ways to ‘modernise’ different aspects of the institution, including its rule-making, transparency and dispute-settlement functions. One of the hot issues being debated is how to promote ‘development’ in the WTO through special and differential treatment (SDT). Questions have been raised around how SDT should be designed and applied within the architecture of multilateral trade rules and disciplines, and who should be able to use such flexibilities.

Flexibilities in the form of SDT have allowed developing countries to temporarily opt out of some of the most constraining WTO rules – from their domestic perspectives. This was an instrument to render trade integration economically, socially and politically sustainable. SDT also served as an effective negotiating instrument, making negotiated outcomes acceptable to developing countries and thereby increasing likelihood for consensus in multilateral negotiations.

Updating and modernising the principle of SDT to make it more effective, operational and better adapted to new trade realities is undoubtedly needed, especially as target 10.A of the Sustainable Development Goals calls for implementing “the principle of special and differential treatment for developing countries, in particular least developed countries [LDCs], in accordance with WTO agreements”.

On the other hand, a robust development dimension also requires effectively redressing the imbalances or inequities built into existing WTO rules. These include the Agreement on Agriculture, where developed countries enjoy entitlements on domestic support that LDCs and most developing countries are not able to access.

Others have underscored the continued relevance of SDT, given the persistent divide that exists between developed and developing countries. For instance, the average income per capita of developing countries, while rising, represents still only one tenth of that of developed countries ($45,029), and in the case of LDCs just two per cent ($887). Moreover, in the developing world, 736 million people, or 10 per cent of the world population, continue to live in extreme poverty.

The question is intriguing, partly because different indicators depict different pictures. If one looks at the aggregate figures, the increased presence of some dynamic, large and populous countries is a fact. But their global presence masks the still modest level of individual incomes, and high poverty levels in some cases. At the same time, having high income per capita alone does not free some of the ‘high-income’ countries (like some small island or commodity-dependent states) of the constraints and vulnerabilities affecting their economies and populations (such as geographical location, natural endowments, income distribution or socio-political bottlenecks).

In fact, the development status of countries is not easily reducible to some representative quantitative values, especially when that status affects rights and obligations of countries in an international agreement. ‘Development’ may be better captured as a qualitative and holistic notion, constructed through history and social interactions, and indivisible from social, political, environmental, human rights and human security dimensions.

Thinking outside the box
Accepting that some form of differentiation in responsibilities could be considered, we need to explore creative, pragmatic and realistic ways to bridge the divergent views on differentiation, rather than seeking to redefine formally the development status of countries. For instance, even if developing country status is by self-declaration, developing countries can still decide on a voluntary basis to opt out of the provisions of SDT or take additional commitments if they so choose based on their capacities. A case-by-case approach on differentiation may prove to be useful, rather than a one-size-fits-all approach, so developing countries can contribute according to their capacity.

Inspiration may be drawn from the principle of ‘common but differentiated responsibilities’ in climate change negotiations. The principle is about the differential responsibilities of countries themselves, rather than how countries are differentially ‘treated’ by others. In the context of WTO, an innovative and pragmatic approach to SDT was adopted in the Trade Facilitation Agreement. The Agreement contains unique SDT measures linking a country’s level of commitment with their implementation capacity, the provision of capacity-building assistance and capacity acquisition.

It is yet to be seen how this highly sensitive issue of SDT will be addressed in the ongoing WTO reform debate. A sub-group of WTO members is engaged in new negotiations on trade-related aspects of electronic commerce, while WTO members are preparing for the 12th Ministerial Conference next year. Both these events will provide testing grounds on how the development dimension could be addressed in the immediate future, including in the plurilateral context.

But if such reform is to materialise and result in an outcome that could be accepted as meaningful (and also fair, legitimate and sustainable), we will need to carefully address the different perspectives of all affected countries. Only then can we hope to achieve SDT reform that caters for divergent development needs, policy priorities and the capacities of countries in a balanced and equitable manner.