How can we safeguard specific geographic areas that are vital to supporting life on Earth? 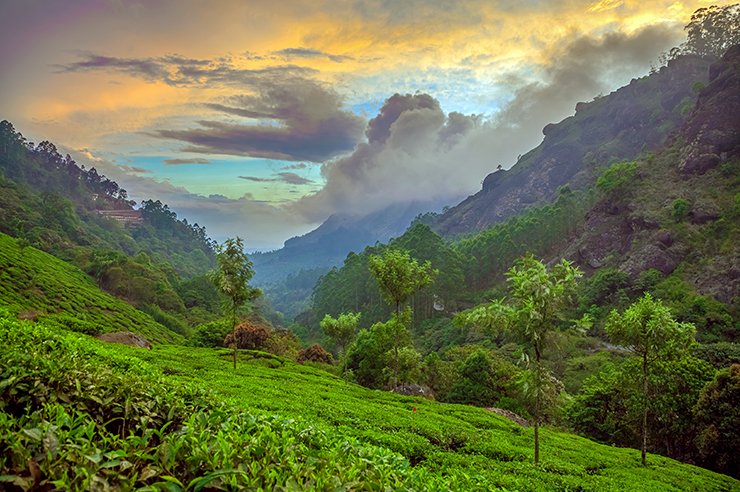 Tea plantations in the Western Ghats mountain range, Kerala, India. The region, considered to be one of the world’s most precious biodiversity hotspots, is vulnerable due to development and the high population density of the neighbouring area. © Peter Zelei/Getty Images

How can we safeguard specific geographic areas that are vital to supporting life on Earth?

The rich diversity of life is not distributed evenly around our planet. Neither are people, whose activities can either threaten or conserve biodiversity. The result is that some environments contribute much more to the global persistence of biodiversity than others. What does this mean for the world’s governments as they strive to conserve nature, as enshrined in the UN’s Sustainable Development Goals (SDGs)? And how can IUCN, as the world’s conservation union, help?

Some may ask why the protection of biodiversity is important in the first place. Aside from the intrinsic value of biological diversity on our planet, nature and nature’s infrastructure – made up of millions of interdependent species and ecosystems – form the very basis of life on Earth as we know it.

Nature produces the water we drink, the air we breathe and the food we eat. Without nature and its diversity, life on Earth would not exist. When nature is degraded, species diversity suffers. But human wellbeing is frequently also affected. This makes nature conservation and the protection of biodiversity key to the achievement of the SDGs.

While all biodiversity is important, the question has long been asked: are particular areas more important than others? And, if so, which are they?
The particular importance of some environments for global biodiversity has been recognised for many decades. IUCN members such as BirdLife International and NatureServe have dedicated considerable efforts to identifying such key sites across our amazingly beautiful planet.

These are extremely difficult questions to answer. But governments and policymakers need this information to make the right decisions for environmental conservation. It was in this light that, in 2004, IUCN members asked the union to consolidate existing approaches into an overall standard for the identification of Key Biodiversity Areas.

Experts from the IUCN Species Survival Commission and the IUCN World Commission on Protected Areas joined forces to meet this challenge. They convened numerous workshops, regional consultations, an extensive dialogue with future users of the standard and a peer-review process that generated nearly 1,800 comments. Based  on this work, IUCN launched a report: A Global Standard for the Identification of KBAs at its 2016 World Conservation Congress  in Hawaii.

The first job of the Partnership will be to establish a community – including institutions involved in identifying important sites at national level – and support it in identifying Key Biodiversity Areas around the world that follow the new standard. This will be a mammoth task. However, it is nothing compared to the subsequent work needed to ensure an effective protection of those areas.

Making sure that these environments retain their global importance will require a concerted effort from multiple sectors of society. Four stand out as particularly crucial: governments; non-governmental organisations; the private sector; and local and indigenous communities. These sectors are helping to share the costs of protecting environments of immeasurable value to the world as a whole, even in situations where the destruction of these sites might yield greater short-term returns to some.

For governments, ensuring the persistence of Key Biodiversity Areas is essential to delivering on their commitments to global conventions and goals. Most importantly, the SDGs require this. The goals include targets for protecting Key Biodiversity Areas, namely target 14.5 for important marine sites (by 2020, conserve at least 10 per cent of coastal and marine areas, consistent with national and international law and based on the best available scientific information), target 15.1 for terrestrial and freshwater sites (by 2020, ensure the conservation, restoration and sustainable use of terrestrial and inland freshwater ecosystems and their services, in particular forests, wetlands, mountains and drylands, in line with obligations under international agreements), and target 15.4 for mountain sites (by 2030, ensure the conservation of mountain ecosystems, including their biodiversity, in order to enhance their capacity to provide benefits that are essential for sustainable development).

Achievement of the SDGs will in turn fulfil national commitments to multilateral environmental agreements and targets, including the Ramsar Convention on Wetlands, the World Heritage Convention, the Convention on Biological Diversity and the Aichi Biodiversity Targets.

NGOs harness Key Biodiversity Area information to guide their conservation strategies and actions. The Alliance for Zero Extinction is an excellent example of this. This is a partnership of nearly 100 NGOs, dedicated to identifying and conserving all sites holding at least one highly threatened species. These are places that, unless conserved, will be lost – resulting in global extinctions. Colombia’s Sierra Nevada de Santa Marta National Park is a famous example, holding at least a dozen species assessed as endangered or critically endangered on the IUCN Red List of Threatened Species.

For the private, financial and development sectors, knowledge of the locations and importance of Key Biodiversity Areas helps highlight conservation opportunities. This knowledge is also fundamental to effectively managing risk, undertaking robust environmental impact assessments, targeting the offsetting of environmental damage accrued elsewhere, and maintaining access to capital and social licence to operate.

Perhaps most important in the long-term safeguarding of Key Biodiversity Areas are the local communities that live in and around these environments. Conserving such areas serves an important role in generating local employment, stabilising land use and maintaining the human benefits of the ecosystem. Many also have sacred, historical, educational or other cultural values to local communities. The fact that their environment contributes significantly to the world’s natural heritage is an enormous and enduring source of pride for local and indigenous communities around the world. Frequently, these communities establish indigenous and community conserved areas as mechanisms to ensure that their values persist into the future.

Safeguarding Key Biodiversity Areas will not be an easy task, and will require a concerted effort from across society. However, protecting these crucial areas is essential if the world is to develop sustainably, and must be prioritised if the SDGs are to  be reached.