Its inclusion in the Sustainable Development Goals placed mental health firmly on the global agenda. But where will investment be found for this seriously underfunded area? 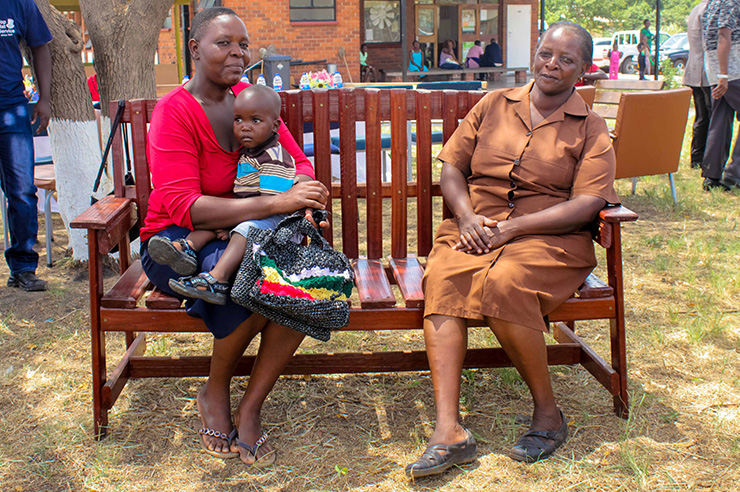 The Friendship Bench project, developed by the Zimbabwean AIDS Prevention Programme, trains lay health workers, known as ‘Grandmothers’, to offer problem-solving therapy to people who are referred to the benches by clinicians. The initiative has improved the outcomes of the HIV programme as a whole © Bogani Kumbula 2015/ODI

Its inclusion in the Sustainable Development Goals placed mental health firmly on the global agenda. But where will investment be found for this seriously underfunded area?

Mental health affects one in four of us over a lifetime. That means that everyone knows someone who is affected by mental illness – even if we don’t realise it. It costs the global economy a shocking amount, and can be hugely distressing, preventing people from living happy, fulfilling lives.

Mental health was not included in the Millennium Development Goals – and as such, was not prioritised by many governments in their targets and development strategies. But in 2015 the world took a huge step forward by including mental health in the Sustainable Development Goals (SDGs) and placing it firmly on the global agenda.

Three of the targets detailed in the sub-clauses of the 17 newly agreed SDGs relate to mental health. Targets 3.4, 3.5 and 3.8 call to “promote mental health and wellbeing”, to promote “universal health coverage” and to “strengthen the prevention and treatment of substance abuse”. This marks a significant turning point, and means we can pave the way to secure tangible commitments from the development community.

But if any progress is to be made, we next need to start looking at who pays for that change. Global mental health is desperately underfunded. International donors currently finance a very small number of mental health activities. Most of the burden is carried by developing country governments and individual households unable to afford it. And, even as the main global funder, country governments are spending very little – often less than one per cent of their national health budgets – on an area affecting most of their population, and the most vulnerable within it.

International donors are leaving mental health seriously behind in health spending. HIV, for example, causes less than half the burden of disease that mental health causes worldwide, and yet received 50 times the amount of funding in 2010. Total spending by funders reporting to the Organisation for Economic Co-operation and Development’s Development Assistance Committee is shockingly low: over seven years (2007-2013) an average of $133.57 million per year was spent on development assistance to global mental health.

Nor do we know where this money is being spent. Often rolled into general health budgets, mental health funding and activities are inconsistently reported and rarely tracked. We know there is a serious financial shortfall, but how serious, and in what areas of mental health?

In practice, this lack of funding for mental health care means there are enormous gaps in what is provided compared to what is needed in the field, and millions of people, in desperate need of treatment, are neglected. The SDGs could well help to solve this problem – so long as mental health isn’t once again overshadowed by competing priorities. This is the hook that those working on mental health issues have been waiting for, and hopefully, Agenda 2030 will see the development community look at what is needed to solve a problem that affects so many of us, every day.

For further information on research into mental health spending conducted and compiled by the Research and Policy in Development programme at the Overseas Development Institute please contact Jessica Mackenzie, at: j.mackenzie@odi.org.uk