New ways to measure the goals 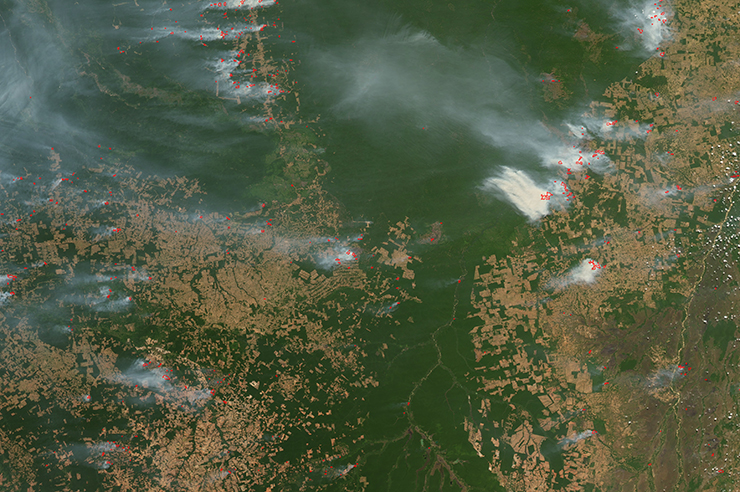 New ways to measure the goals

By Martine Durand, Chief Statistician and Director of Statistics, OECD

The Economist, rather unkindly, called them “The 169 Commandments”. The admittedly very numerous Sustainable Development Goal (SDG) targets form the heart of the 2030 Agenda adopted by the UN General Assembly in September 2015. The 17 goals under which these targets are grouped are global aspirations expressed in general terms:  end poverty, end hunger, ensure healthy lives… and so on. The targets give definite form and specific substance to these  broad visions.

Sometimes the substance becomes very specific indeed. For example, Target 3.b reads: “Support the research and development of vaccines and medicines for the communicable and non-communicable diseases that primarily affect developing countries, provide access to affordable essential medicines and vaccines, in accordance with the Doha Declaration on the TRIPS Agreement and Public Health, which affirms the right of developing countries to use to the full the provisions in the Agreement on Trade-Related Aspects of Intellectual Property Rights regarding flexibilities to protect public health, and, in particular, provide access to medicines for all.”

The origin of such detailed targets is not hard to find. The 169 SDG targets were hammered out by an Open Working Group (OWG) of 30 representative UN member states. The OWG was charged with ensuring “the full participation of relevant stakeholders and expertise from civil society, the scientific community and the United Nations system”. Everyone could have a say – and very many did. By the time the OWG reported in August 2014, its report reflected countless inputs from the four corners of the globe.

It is useful to divide the goals and targets into three broad domains:

After such a Herculean effort, UN member states carefully considered how the 2030 Agenda should be followed up. While the final agenda document left national and regional reviews largely to UN members to decide, it spelt out the procedures for global monitoring in detail. These included a suite of new bodies and reports, to be based on a set of indicators that would meet the highest standards:

“The global indicator framework… will be simple yet robust, address all Sustainable Development Goals and targets, including for means of implementation [sic], and preserve the political balance, integration and ambition contained therein.”

It is a tall order indeed to demand a ‘simple’ system to faithfully cover 169 targets, several as complex as 3.b. But UN members feared that the 2030 Agenda would languish unless it was followed up earnestly. So, can new ways now be found to measure progress against the SDGs as the agenda demands?

Bridging the gaps
The UN Statistical Commission agreed a first set of 230 indicators in March 2016. But a third of these were classified as ‘Tier 3’ – meaning they still needed to be developed. Data are lacking for many other indicators: for some countries, for certain years, and also for sub-populations of interest such as women and children, or racial, ethnic or religious minorities.

Bridging the gaps in the indicator framework will take time. But new opportunities are rapidly opening up. There are a growing number of public, private and civil-society institutions involved in the production and use of data.

Bringing together these different actors will help leverage the potential of big data in what UN expert advisors sometimes call the data revolution for sustainable development. The first UN World Data Forum, held in Cape Town, South Africa, in January 2017, paved the way by gathering representatives from the various communities working on data.

Take the case of the environmental goals, where many targets are poorly served by existing official data collection. Here, technology can allow enormous leaps in the availability of reliable global information. Instead of collecting data on land clearance or desertification at a country level, for example, we may increasingly rely on sophisticated numerical analysis of satellite imagery, or ‘geospatial’ data.

Information technology is also making economic and social data available more quickly. The latest OECD Entrepreneurship at a Glance report presents results from our collaboration with Facebook and the World Bank on a new online survey of small and medium-sized businesses across the world. This is providing near real-time tracking of business conditions. By polling Facebook business page owners, the survey provides a unique window into the new digital and mobile economy.

Lateral thinking can also offer new and more reliable perspectives. Take, for instance, the case of narcotic drug abuse. Traditional ways of assessing the scale of this problem include data on the volume of drugs seized, the number of arrests for drug possession, or records of medical treatments. But with the recent global epidemic of crystal methamphetamine addiction, a new approach has emerged. Researchers have been analysing samples of wastewater taken from the inlets of sewage treatment plants to more reliably estimate the consumption of the drug in different geographical areas.

The 2030 Agenda’s pledge to leave no one behind will also require greater use of administrative data in producing official statistics so as to capture the necessary level of detail. Mapping exercises conducted in many countries have shown that only about a third to a half of data currently available to monitor the SDGs come from surveys and censuses, with the rest potentially available from administrative records. At the same time, combining multiple sources of data will require clear legal, ethical and quality standards and protocols to foster trust.

Rethinking is also needed about the analytical tools that will allow users to assess where their countries most need to act to achieve the 2030 Agenda, both domestically and internationally. The OECD has recently developed a pilot methodology to help interested countries see where they stand in relation to SDG targets, how far they have to travel, and how they can identify their national priorities and global contributions. Information relating to our six pilot countries is available in our Measuring Distance to SDG Targets report.

Greater accuracy
Following up on the SDGs presents daunting challenges in terms of upgrading statistical capacity in both developed and developing countries.
Building on work on measuring wellbeing using measures that go beyond Gross Domestic Product (GDP), the OECD will continue to work closely with the UN system to contribute to methodological advances in the new and yet-to-be-defined ‘Tier 3’ measurement areas.

The OECD will work actively with existing and new partners in all countries to promote the production, use and efficient funding of data to inform policies, and to foster high-quality and trusted data processes.New avenues are opening up to measure progress more accurately in all the countries of the world. Assessing SDG progress is not going to be easy, but success is essential if the 2030 Agenda is to be realised. The OECD will play its full part in this endeavour.