The need for better data

The people who need the most help are often those we know least about. New approaches and new technology for data collection can make the 'left behind' visible and the focus for assistance 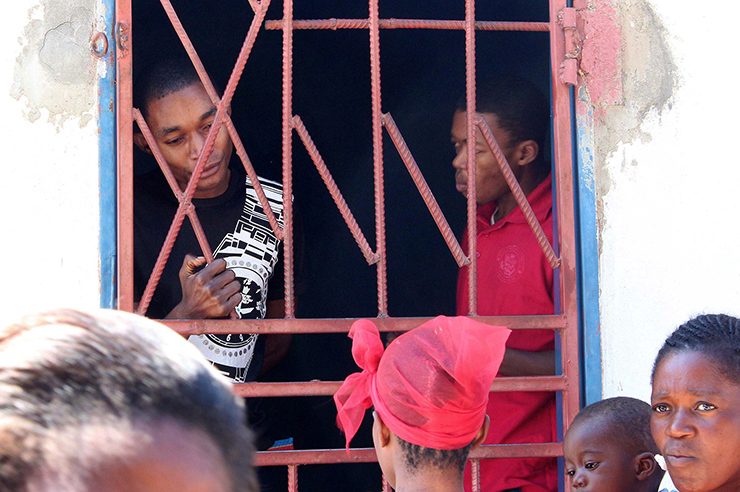 Defendants held in a cell awaiting trial for having relations “against the order of nature” in Kapiri Mposhi, Zambia. The absence of data due to stigma, exclusion or persecution is preventing effective support for the most vulnerable parts of society. © AFP/Getty Images

The need for better data

The people who need the most help are often those we know least about. New approaches and new technology for data collection can make the 'left behind' visible and the focus for assistance

A ‘lack of good data’ is a common barrier to solving policy problems around the world. It is now widely recognised that far too often, policy and programming has traditionally been based on poor or incomplete information. The desire to fix this issue with new tools and technologies is hugely laudable. This is what the Global Partnership for Sustainable Development Data was created to do.

A huge amount of effort has focused on data that relates to the very poorest people. There are two obvious reasons for this. First, the commitment in the Sustainable Development Goals (SDGs) to ‘leave no one behind’ has placed a premium on global collaboration to address the pressing needs of the most vulnerable. Second, within the world of data and statistics, these groups are the most under-represented – and where the gap between data and reality remains stubbornly wide.

Progress for some groups remains hampered by their absence from official statistical records used to define problems and design solutions. Nowhere is this truer than in the field of HIV and AIDS, the subject of a recent article by Dr Sara Davis, anthropologist and former adviser to the Global Fund.

Davis points out that knowing who is at risk is vital for mobilising resources to ensure appropriate policy responses in different countries. As UNAIDS notes: “It is easier for potential funders to neglect the at-risk population if data are unavailable.” But in many countries, the numbers at risk remain unknown – information is simply not collected. The result? One activist in Kenya, quoted by
Davis, describes the consequence for consultations with donors regarding funding for groups affected by HIV: “I go to these meetings and I ask, ‘where are the interventions for trans people?’ They say, ‘we don’t have the data, there’s nothing we can do’.”

More data is a key part of improving policy to allocate the right resources for the most excluded groups. Even if services are universal, it’s critical to know if all people are accessing them equally, and to improve the delivery if not. Data on the experience of particular groups is essential for this.

But it’s not simple. There are sometimes good reasons why the data are absent. Visibility carries great risks for some people. Men who have sex with men, illegal drug users or sex workers may face prosecution and persecution if they become visible within their community. They may not wish for one aspect of their life to define their identity. Governments often want to downplay the existence of some people and behaviour of which their society disapproves. Governments may also have  an incentive to exclude some categories from the data, thus ignoring particular groups when creating or monitoring policies or programmes.

Data paradox
Activists and academics are left with what researcher Matthew Greenall calls a ‘data paradox’. UNAIDS estimates (and it can only estimate, because of a lack of data) that one in five transgender people around the world has HIV. But woefully few countries have any robust data on the size of their transgender population. Transgender people are stuck in an impossible position: while social stigma and fear of violence keeps them hidden, their invisibility risks their lives. Why? Because their HIV status is not known and their treatment is not funded by major donors driving HIV policy initiatives.

The data paradox is not unique to HIV. Ethnic groups facing discrimination might find it wisest to hide themselves behind another identity in the data, but in doing so they lose the opportunity to draw attention and resources to their plight. Workers in illegal or informal jobs want to stay hidden for good reason, but then lose any protection the state may offer.

Efforts to make the ‘left behind’ visible take place in the context of the same systems and structures that caused the deep inequalities in society in the first place. Nothing is ever a panacea for wider social change, and data is no different. To examine the technical but not the social context is to miss the wood for the trees.

None of this is to question the premise that more information is better than less. Data cannot magically unlock change, but it is one of many things that can help deliver the SDGs. It can inform policy at national level, and help to improve the design and delivery of specific projects and programmes on the ground.

The task for those focused on how data can help achieve the SDGs and fulfil the promise to leave no one behind is to solve the data paradox. We need to:

Here, the explosion of interest in the ‘data revolution’ offers hope and practical solutions. Delivering both of these is the mission of the Global Partnership for Sustainable Development Data. Hope, because as the collection and use of data becomes part of the story of the SDGs, so more activist groups become focused on the need to collect data. It tells their story as they define it, and as they want it told to the wider world.

There were 10 million responses to the UN’s MY World survey, asking people for their priorities for change as an input into creating the SDGs. The responses showed that humanity can and wants to be involved in collecting data that communicates their needs and aspirations to those in power.

Practical solutions, because technology can help. The focus on technology is making questions of privacy and protection in the collection and use of data the business of everyone, not just the most at-risk groups. This is an opportunity to make new data systems and regulations fix some of the old problems in data collection – and start to break out of the data paradox.

Technology can help in seemingly trivial ways. Using mobile phones to capture survey results makes it less obvious to passers-by that a survey is happening in the first place, calling less attention to surveyors and respondents, and reducing possible dangers to both.

At the opposite end of the scale, data from satellites or mobile phones make it possible to know and understand human behaviour at scale. This can reduce the risk of identifying particular groups, offering anonymised systems of digital ID and record-keeping that can protect identities.

Solutions to the problems of data visibility happen in the same context as solutions to all other problems, and have to be tackled in the same way: with humility, openness and accountability to those they are intended to benefit. Acknowledging these caveats does not downplay the importance of efforts to improve data to achieve the SDGs. It only increases the likelihood of successfully achieving it.

The DNA of the Global Partnership bonds together public sector, private sector and civil-society groups, which each hold part of the solution to better data and to better rules governing data. Together, they can create the changes needed to deliver the data that can help to meet the promise made in 2015: to leave no one behind.