How nature-based solutions can help deliver the SDGs 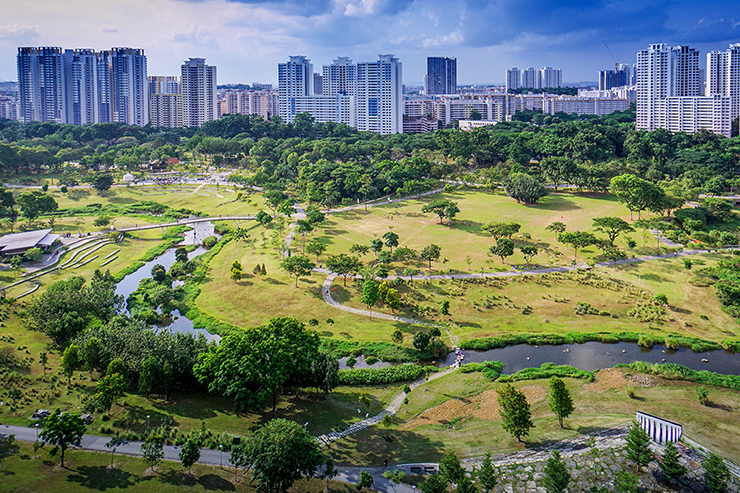 How nature-based solutions can help deliver the SDGs

Why this shift? The answer is simply that the evidence has piled up showing that when nature is lost, so too are development prospects. Communities around the world have been impoverished when forests or soils, mangroves or coral reefs, are lost.

Conversely, there are hundreds of examples demonstrating that when communities, governments and corporations invest in nature, development prospects rise. This revolution in thinking is so profound that an entire profession has built up around it. Nature-based solutions have been found to be helpful in strategies to achieve virtually all the SDGs.

Protect and restore
But what exactly does it mean to invest in nature? The starting point is protection: making sure that the valuable ecological services provided by natural systems are not destroyed by thoughtless human activity.

Consider coral reefs, for example. Coral reef protection has many benefits for life below water (SDG 14), but a healthy coral reef also leads to increased fish stocks, which create fishing jobs and provide nutrition to local populations. More beauty and life underwater also attracts tourists, providing money and more opportunities. No wonder, then, that from Mexico to Indonesia, hotels, fishing communities, insurance companies and local governments are working together to try to protect the reefs.

But in addition to protection is the powerful role of restoration: investing in the rebuilding of ecosystems that have been damaged by earlier human activity. For example, around two billion hectares of land – an area more than 80 times the size of the UK – which were once forested now have very little economic or ecological value. Restoring the land – and bringing back carbon from the atmosphere to the earth in the form of richer soils, trees, bushes and crops – can raise incomes, improve nutrition, regulate water, increase resilience and help address climate change.

In Latin America, for example, a successful implementation of Initiative 20×20 – 20 million hectares of land restored by 2020 – will yield an estimated net present value of approximately $23 billion over 50 years.

Healthy bodies and minds
Investing in nature can help deliver almost all of the SDGs. Take health (SDG 3). Even now, scientists are discovering new cures for diseases from the deep seas and tropical forests. In addition, natural systems help purify water and produce clean, healthy air, leading to better health. Bioretention (natural filtration) features, such as rain gardens and bioswales (landscaping features that are used to capture and convey surface water), have been shown to remove up to 90 per cent of heavy metals from stormwater, improving the chemicals entering our groundwater reserves or surface bodies of water.

Several countries – such as Korea, China and those in the Sahel, like Niger – have shown that even where land is profoundly degraded, restoration can bring back life and vitality. Most famously, the Loess Plateau in China, once a key stop along the Silk Road, was degraded from centuries of poor management, leading to falling incomes, widespread poverty and outward migration. With restoration, 2.5 million people were lifted out of poverty. In addition, 100 million tons of sediment that had been entering the Yellow River due to erosion was eliminated, improving marine life as well as water quality.

Across China, other natural solutions, such as mulching, erosion control and reduced tillage, have nearly doubled on-farm water use efficiency. These projects have benefited millions of people and have shown an overall economic return of more than 18 per cent.

Nature-based cities
Cities will be home to 75 per cent of the global population by 2050, so the importance of getting our cities right cannot be overstated. Ensuring sustainable cities and communities (SDG 11) will also need nature’s help. For coastal or flood-prone cities – which is most of them – this may take the form of green infrastructure such as permeable pavements, bioretention areas, parks, greenways, constructed wetlands and even green roofs.

China’s ‘sponge cities’ programme aims to ensure that 80 per cent of urban surfaces absorb and reuse at least 70 per cent of the rainwater that falls there. More than $12 billion has been invested across 30 sites, and the government hopes that this will spur private investment as well.

Not so simple
This all sounds easy, but it isn’t always. One problem is the way that human beings make decisions. They (we) value the present much more than the future. Economists call this the ‘discount rate’: if an investor only considers a time horizon of five years or less it often makes sense to cut down the forest or over-exploit the soil, even though in the following years yields and incomes will plummet.

Another problem is that investors do not have to pay for the environmental damage they create. Others pay while the investors make a quick buck and move on. This is why the role of government is so important. It’s their job to align the incentives facing private investors – whether major corporations or small-scale farmers – with what is in society’s interest. In other words the job of government is to internalise environmental externalities, and even to help lower the ‘discount rate’ through stable macroeconomic policy, education and extension services.

A growing number of governments are beginning to take these responsibilities seriously. At the World Resources Institute, we have the privilege of hosting the secretariat of the NDC Partnership, a group of 95 countries and 20 international institutions committed to implementing their commitments under the Paris Climate Agreement with ambition and urgency. It’s encouraging to see how many governments are seeking to implement nature-based solutions to climate change in a manner that also helps deliver many other SDGs.

An unprecedented opportunity
The next 18 months are critical in advancing this agenda. In September 2019 the UN will be hosting summits on the SDGs and on climate change – offering an opportunity to demonstrate the interdependence of the Goals. In 2020, leaders from all UN countries will gather in Portugal at the second UN Ocean Conference to make crucial decisions on the crisis affecting the ocean. In Beijing, negotiators will gather to set targets and policies for biodiversity for the coming decade. And at the end of the year all UN nations will gather at the UN Framework Convention on Climate Change Conference of the Parties to sign up to higher ambition in their climate commitments.

These important decision-making events will only be truly successful if the narrative outlined above is communicated clearly. That is: done right, investing in nature yields not only environmental benefits, but also huge gains in human prosperity and quality of life. As such, it can be an indispensable element in achieving the SDGs.