While national governments, working at the international level, have defined the scope and detail of the SDGs, it is local administrations that will shoulder much of the work to achieve their success. How can we ensure successful local implementation? 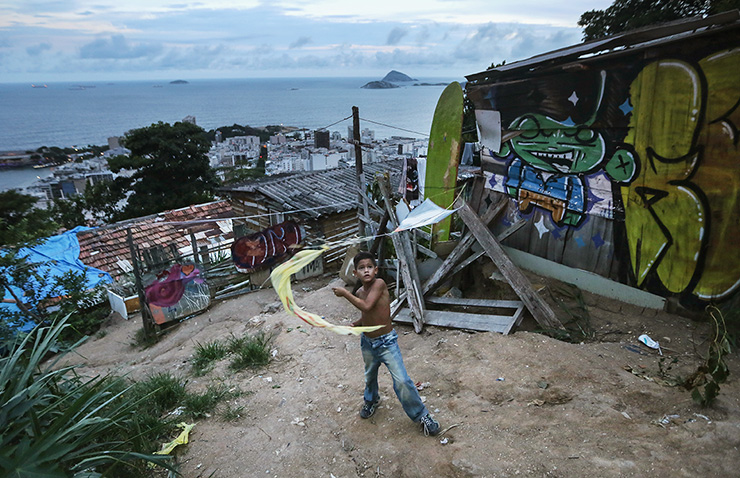 While national governments, working at the international level, have defined the scope and detail of the SDGs, it is local administrations that will shoulder much of the work to achieve their success. How can we ensure successful local implementation?

We are confronted with a strange paradox. The achievement of most of the Sustainable Development Goals (SDGs) and their many targets in urban areas depends on local governments. But local governments are not the ones defining these goals, choosing the indicators to monitor progress or making commitments to meet the targets. Discussions of funding for addressing the SDGs are all about national governments and international funding sources (including private-sector funding). They are not about the funding needed by local governments to address the SDGs within their jurisdiction, or about supporting local governments to develop their own revenue base.

There is much discussion of monitoring – and a huge list of indicators chosen to do so. But almost all of this is on monitoring performance on the SDGs at the national and international levels, not the local level. Much of what is proposed for strengthening the information base is for national governments, not local governments. It is based on more comprehensive and more frequent national sample surveys. But these are no use to local governments because their sample size is too small to provide statistics for each local government area. Neither can they provide insight into what is actually needed at the local level, nor details of whether the SDGs have been met in each ward or street.

One solution to this is using census information, as this should provide relevant data from all households to guide policy and investment in each neighbourhood. But censuses are expensive, and it is rare for them to be taken more than once every 10 years. Furthermore, census data are rarely made available to local governments in a form that allows them to see who within their jurisdiction is living in poor-quality housing lacking piped water, sanitation, solid-waste collection, healthcare, schools and other needs specified in the SDGs.

When citizens lack basic services and other entitlements, it is not national governments or international agencies that they turn to but to local service providers. These are usually local governments or local bodies supervised and supported by local governments. Citizens do not turn to national governments if the standpipe they use no longer has water, or if they cannot enrol their children in local schools, or get healthcare, or have their waste collected regularly. They cannot bring pressure to bear on international agencies that have ignored their needs and priorities for many decades.

There are some strong examples of what might be termed good practice in urban areas as local governments worked with civil-society groups in addressing the many needs listed within the SDGs. These include programmes that upgrade slums without displacing their inhabitants. They include local government support for grassroots organisations formed by slum or shack dwellers in more than 20 nations – to build houses, to upgrade their settlements, and to improve provision for water and sanitation.

They include one particularly innovative programme: the Community Organizations Development Institute – a national government agency in Thailand that provides funding and support for community-led initiatives to upgrade settlements or find land to build their homes nearby. But these are not highlighted or reported on in the documents discussing the SDGs and their implementation.

Innovation and transparency
What is also ignored is the vital contribution of city and municipal governments and local civil society in many of the nations with the best performance in development targets – as in many Latin American cities. Their contribution was not made with the SDGs in mind or even with international funding. It was made by mayors and city governments that were elected and responded to local needs and priorities. Many of the best-performing cities also innovated in being more accountable to citizens and more transparent in reporting on funding flows and priorities.

One of the best examples of this has been participatory budgeting, where local governments support discussions in each neighbourhood or district on how public investment should be prioritised in that area. This was first developed in Brazil but it has been applied in hundreds of cities across Latin America. In part, it is linked to a new generation of (elected) mayors who have had such an important impact by bringing innovation and commitment – as seen in cities as varied as Porto Alegre, Bogota, Rosario, Ilo and Manizales.

There are interesting parallels here in the history of city governments in high-income nations, whose local government policies and practices were very important in, for instance, enormous improvements in provision for water, sanitation, drainage, solid-waste collection, paved roads, street lighting and a range of municipal services. Here, the innovations were driven by strong citizen and civil-society pressure – and by strong and detailed local documentation of deficiencies for each house, road and neighbourhood. Both then and now, in many Latin American nations, we are reminded of the important role played by local democracy in getting needs met – and more broadly, for acting in the common good (and being re-elected if politicians do this well).

There is also the issue of establishing which part of national government will be responsible for managing the fulfilment and monitoring of the SDGs. Often this is assigned to ministries of the environment or development, but these generally have little power and limited resources. More to the point, almost all the SDGs that relate to service provision and poverty reduction fall outside their responsibilities.

Ministries of the environment, for example, are often not much good at, or particularly interested in, getting safe, sufficient water, good-quality sanitation, ample drainage capacity and solid-waste collection to those living in informal settlements – even though these represent the most profound environmental improvements in urban areas.

In all the discussions of accountability and transparency, who is actually making international funding accountable to low-income groups? No representatives of low-income groups sit on the boards of bilateral aid agencies or development banks – yet it is their deprivations that are the justification for all these agencies’ programmes (and the funding they get).

Supporting local governments
Now, on top of this dysfunctional system, we have climate change. We know that this is bringing increasing risks to much of the world’s urban and rural areas, and that building resilience to this and contributing to lowering greenhouse gas emissions depends heavily on local governments. Yet their leadership in these issues is given little heed and their needs and priorities are not being addressed.

How will the new funds and funding agencies that are meant to support climate change adaptation work directly with local governments and local representative organisations of the urban poor? How do we get national government systems and international funding flows to support urban governments to become more effective, accountable and transparent – or to support the critical role of local civil society, including the organisations and federations formed by those living in informal settlements?

We need to reach a position where the commitments to meeting the SDGs are made by the bodies that have responsibilities for them – again mostly local governments. Where reporting on SDG progress in any nation is the aggregation of progress from each neighbourhood, ward and district. Where national statistical offices actually learn to serve the data needs of local bodies. Even better, why don’t we revamp the SDGs to allow and encourage city and municipal governments to make their commitments, devise the best means of monitoring progress and report on it?

Further details and examples of innovative local governments and civil-society groups can be found in D. Satterthwaite and D. Mitlin (2014), Reducing Urban Poverty in the Global South, Routledge, London.