Leave us off the menu

Switching to a vegan diet can contribute to food security and health, and is consistent with the SDGs' underlying principles of fairness and equality. It is also easy to do and accessible to the individual

Leave us off the menu

Switching to a vegan diet can contribute to food security and health, and is consistent with the SDGs' underlying principles of fairness and equality. It is also easy to do and accessible to the individual

Every animal, including humans, is driven to meet their survival needs. Once we have met our basic physiological needs, we can afford to seek the higher needs of life: contentment and pleasure, meaning and purpose. Our collective survival is only secure and sustainable as long as we respect the interdependencies of the Earth’s system.

The world’s seven billion people consume varying amounts of the planet’s resources. Nowhere is this unequal meeting of needs more obvious than in the fact that billions of people are routinely denied the right to adequate food and nutrition. While millions of children die of malnutrition before their fifth birthday, billions more are sick and dying from diet related diseases, including some cancers, diabetes, heart disease and stroke.

Even within wealthy countries in the US and Europe, some people have economic security and convenient access to nutritious food, while others live with chronic food insecurity and in food deserts where they have little choice but to consume a grossly inadequate diet.

The Earth has more than enough resources to take care of the needs not only of the existing population, but even of the nine or ten billion projected for 2050. However, it cannot be expected to sustain life based on our global food system as it is currently evolving.

Every year, we meet the needs of some of our seven billion population by killing seventy billion land animals, trillions of marine animals, and countless other animals, mostly to be used as food. The global consumption of animals as food has quadrupled since the 1960s and is projected to rise significantly in decades to come.

But animals are not food. They are sentient cohabitants of the Earth with the same desire to live free of harm as us. All the major world dietetics associations concur that a 100% plant diet, devoid of animal foods, is adequate for all stages of life from infancy to old age, and that it helps prevent and even treat many western world diseases and causes of premature mortality.

The demand for animal foods is being aggressively promoted by the global food system and the co-option of national food policies. The literature on sustainability equates the growth in the human population with the need to increase the number of animals we use as food and their “productivity”. However, while the growth in the human population by 2050 is around 20%, the projected global increase in the production of animal flesh by 2050 is 76%, (most of it to meet the growing markets in developing countries).

This begs the question why organisations that claim to support sustainability continue to promote animal consumption instead of plant based agriculture and veganism.

Animal agriculture is one of the most significant and preventable causes of climate change and environmental destruction. We use the greatest proportion of the earth’s resources in terms of land, including rain forest, water, and fossil fuel to grow crops that we recycle through the bodies of sentient beings in order to extract nutrients in the form of flesh, eggs and milk causing them terrible
harm, taking their young lives from them, and giving a very poor return.

Animal agriculture is anything but sustainable and to mistakenly attempt to make it more sustainable is to miss the more fundamental point that it is inherently ‘unjust’. The injustice of world hunger, war, and oppression of humans stems from the same commodification that underpins the injustice of animal use.

As long as we compartmentalise violence according to some arbitrary factor in our victims such as their race, gender, intelligence or species, we will never target injustice at its roots or eliminate it from our lives. As long as we continue to justify the oppression of others on the basis that they belong to a different species to us, we will never consider true sustainability through plant based agriculture and we will always have oppressed, hungry humans. 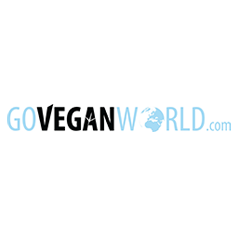