From Pakistan to Brazil, the UN is helping to embed the SDGs into national and subnational policymaking 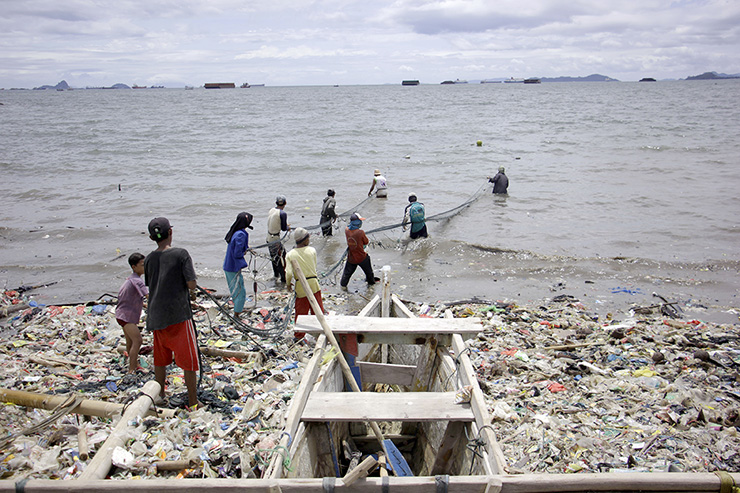 Fishing from a beach polluted with rubbish, in Lampung Province, Indonesia. The province is using the UNDP’s SDGs dashboard to target development. © Muhammad Tohir/Barcroft Media via Getty Images

From Pakistan to Brazil, the UN is helping to embed the SDGs into national and subnational policymaking

The 2030 Agenda and Sustainable Development Goals (SDGs) set the global aspirations for economic progress, better standards of living, and a healthy planet for all. The commitment to leave no one behind, especially those furthest behind, represents a new social contract with every man, woman and child.

This bold vision requires a 21st century UN development system that is more focused on people, less on process; more on results for the poor and marginalised, less on bureaucracy; and more on providing integrated support across familiar silos, less on turf battles and competition. As the Secretary-General stated in his reform proposals to the General Assembly, business as usual is not an option.

These principles form the foundation of UNDP’s four-year strategic plan. We aim to improve our ability to help countries achieve the 2030 Agenda and respond to new and emerging needs in a volatile world.

UNDP works closely with governments on their national development plans to incorporate the SDGs into their planning. Through a process dubbed MAPS – mainstreaming, acceleration and policy support – we’re supporting countries to translate the Global Goals into national and subnational plans and budgets with three objectives in mind:

To date, with the UN family and other partners, UNDP has facilitated 27 ‘MAPS missions’ to support national SDG implementation. These missions help identify policy overlaps and inconsistencies, while simultaneously identifying areas of opportunity for acceleration and investment.

In Pakistan, UNDP partnered with authorities in the Khyber Pakhtunkhwa Province using an SDG local and urban governance dashboard to prioritise and align resources to mainstream the SDGs into local plans and budgets. This dashboard, developed with Microsoft, was also used in the provinces of Riau and Lampung in Indonesia to adjust annual development and investment plans.

In Tunisia, UNDP is working with the Governorate of Medenine to align its regional development plan with the 2030 Agenda. The process has resulted in the adoption of the Medenine Cooperation Guidelines, which identify the region’s priority SDGs.

In Brazil, we have been working with the National Confederation of Municipalities to train thousands of elected officials and municipal managers on the 2030 Agenda so that the SDGs can be integrated into their municipal plans. Additionally, an interactive tool has been developed to track SDG progress in the 5,570 Brazilian municipalities according to 28 indicators, based on the 232 SDG indicators.

Some 1.4 billion people, or 18 per cent of the world’s population, live in countries that are fragile or experiencing conflict. This poses a particular challenge to achieving the SDGs. To tackle this, MAPS missions in Burkina Faso, El Salvador, Mali, Sri Lanka and Sudan identified peace and justice as important accelerators for their development agendas. The missions helped governments bring together their different ministries’ development, peace and justice priorities into an integrated SDG framework.

This MAPS work has gone a long way to lay the groundwork by integrating the 2030 Agenda in local, regional and national governance structures – and with good results. As we move into the third year of implementing the 2030 Agenda, now is the time to ensure that the UN development system can provide tailored policy support and help identify bottlenecks to speed up progress towards achieving the SDGs.

Despite a lot of positive momentum, it is clear that governments and the UN system cannot achieve the SDGs alone. There is still work to do in financing the goals and ensuring SDG-sensitive budgetary planning. There are additional gaps in data collection that must be addressed so that countries can efficiently monitor their SDG progress.

To eradicate poverty, address climate change and build peaceful and inclusive societies for all by 2030, countries – with governments at the helm – must drive SDG implementation at a much faster rate and at much larger scale. To do this, we will need everyone to work together.

Only by tapping into the knowhow in all areas of society can we can come together to explore innovative ways of achieving the goals and reach those furthest behind.