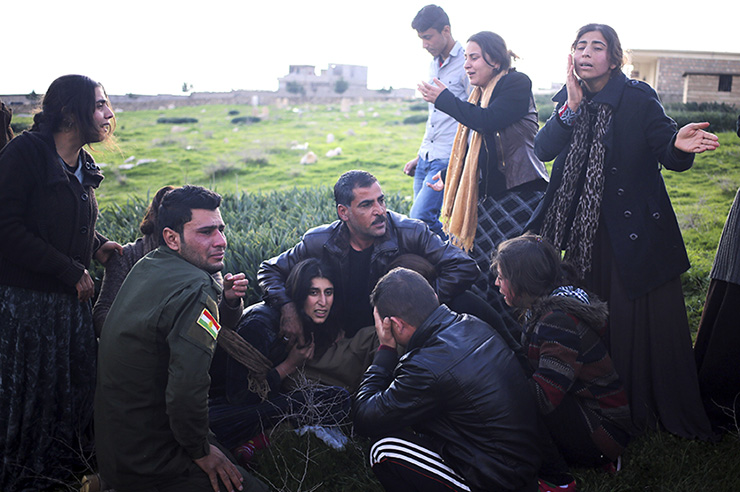 Relatives of a Peshmerga fighter killed in a suicide attack on Monday in Sinjar province, mourn before the body is taken to a burial ceremony at a cemetery area for the Yazidi minority, in Sharya, on the outskirts of Duhok, March 4, 2015. A number of Peshmerga were killed and others injured after two suicide car bombs attacks targeted a building the Peshmerga were using for fighting. REUTERS/Asmaa Waguih (IRAQ – Tags: POLITICS CIVIL UNREST CONFLICT TPX IMAGES OF THE DAY) – RTR4S3A9