The Human Development Index – a better indicator for success?

When faced with the complexity of the Sustainable Development Goals, we need a digestible, precise way of measuring progress 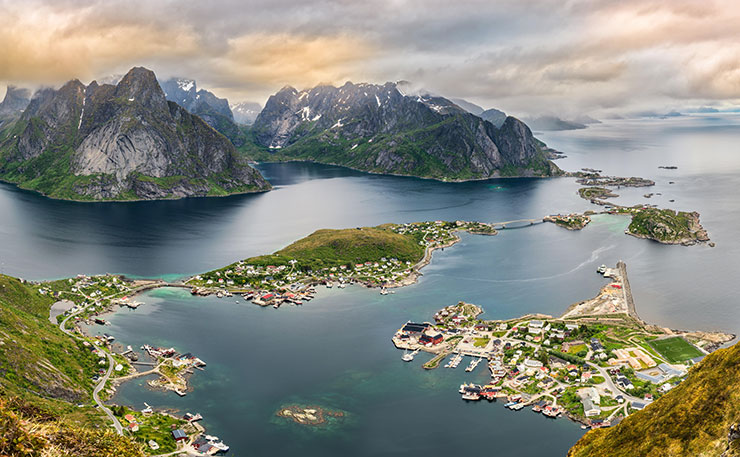 The Human Development Index – a better indicator for success?

When faced with the complexity of the Sustainable Development Goals, we need a digestible, precise way of measuring progress

Produced by the UN Development Programme in 1990, the first Human Development Report outlined a new approach to development, focused on people and their opportunities rather than economic growth alone. The Human Development Index (HDI) was introduced as a way to quantify this approach. Nearly 30 years later, the Sustainable Development Goals have rekindled discussions on how we measure progress. Does the Index offer a way forward?

Together, these three indices provide, in broad-brush terms, an indication of a person’s capabilities and wellbeing. They provide a richer picture of progress than gross domestic product (GDP), which relates to a country’s wealth, or even GDP per capita, which tells us something about an individual’s means but nothing about their life outcomes.

Of course, the HDI has its limitations. It omits several factors that can have a significant influence on quality of life, such as environmental degradation. Industrial pollution and deforestation, for example, can lead to complex health problems (e.g. lymphatic filariasis) or mental health conditions that do not necessarily have an impact on mortality rates but which can severely impair one’s mobility or quality of living.

But all indices will have limitations. Overall, the HDI has the potential to provide a simple impression of development that can be unpacked to indicate progress with respect to the SDGs. It can be used to complement alternative measures of development. And while factors such as conflict may not be reflected in the HDI, they may be captured in relation to their impact on wealth, access to education and life expectancy.

Just as the SDGs built upon the relatively static targets of the Millennium Development Goals to reflect a more nuanced understanding of development, the HDI could serve as a reference point for new indices as we move towards understanding human development in a more comprehensive and capabilities-focused way.

Why should we encourage HDI over GDP?
With their emphasis on leaving no one behind, it is clear that the SDGs will require a deeper understanding of development outcomes on the ground. However, as the framework swells in complexity – with 17 goals, 169 targets and even more indicators – there is also a need for a simple way to measure progress.

Over a 15-year timeframe, the HDI will do a better job than GDP of capturing what progress is being achieved. It reflects a more nuanced understanding of human development while being simple enough to remain inclusive: unlike other more complex indices, the HDI is based on data that is likely to have been collected in many countries for a number of years.

Despite this, most countries still use GDP to assess standard of living and ‘development’, and it is easy to understand why. GDP is a measurement developed in the 1930s to measure the size of a state’s economy by giving consideration to the value of goods and services produced within the country.

The data used in determining GDP is relatively easy to access, and measurements are straightforward. Moreover, this very narrow definition of wealth is easy to apply universally, hence its popular use as an indicator of quality of life. It remains the preferred indicator of politicians.

However, even as a measurement of wealth, GDP leaves a lot to be desired. It does not consider levels of inequality within a country – whether it be the gap between the rich and poor or any instances of social or political discrimination. It also does not consider the methods of the creation or accumulation of wealth, such as the detrimental effects of the exploitation of natural resources. In this regard, GDP does not measure a standard of living at all – it should instead be seen as a measure of economic activity.

Human development, on the other hand, concentrates on qualitative outcomes. The HDI’s consideration of life expectancy and education – alongside per capita income – allow us to flesh out this picture a little. These relatively simple forms of data are very important indicators of social welfare and freedom.

Unexpected results
When looking for the factors determining quality of life outside of GDP, some specific instances can shed light on just how differently data is perceived when compared to the HDI. Qatar, Kuwait and the UAE – all top 10 countries by GDP (PPP) per capita, standing at first, seventh and eighth place respectively – drop quite significantly in ranking in the HDI: to 33rd, 51st and 42nd place. While Chile was 56th on the 2016 GDP Index, in the same year it ranked 38th on the HDI. Similarly, Barbados was 73rd on the GDP Index, while the HDI ranked it 54th.

Clearly, as the Gulf states demonstrate, high GDP is no guarantee of high HDI. Equally, Chile and Barbados have shown that it is possible to punch above one’s weight. Taking a capability approach to development, as described by Sabina Alkire (p.30), may explain these successes and failures.

Secrets to success – Norway
The HDI criteria are designed to be broad enough to be inclusive of countries’ social, political and economic diversity while being indicative of a country’s quality of life. With the exceptions of 2007 and 2008, Norway has topped the HDI chart in every year since 2001. The UN also regards Norway as ranking high in its implementation of the SDGs. So why has it been so successful?

Norwegians have a relatively high life expectancy of 81.7 years – one of the highest in the world. This is in part due to Norway’s accessible and affordable public healthcare system. Norwegians spend an average of 17.7 years in school – a measurement reflecting on levels of knowledge as well as freedom of choice, both of which indicate a high level of human development.

It is true that at US$67,614, Norway’s GNI per capita is the seventh-highest in the world: Norwegians have a lot of purchasing power, which is likely to translate into a high potential for choice. However, this alone is not sufficient to explain Norway’s performance. Strong institutions and a holistic and capability-based approach to development also play a significant role.

For instance, Norway ranks first on the Inequality-adjusted Human Development Index (IHDI), first published in UNDP’s 2016 Human Development Report, which compares country’s HDI rankings to their levels of inequality. The IHDI is sensitive to the level of human development lost when inequality is high, allowing for a more complex understanding of the relationship between development and welfare distribution.

This approach has yielded progress on the SDGs too. Norway has made strides in environmental sustainability – through projects and agreements related to resource management and climate change mitigation, for example.

It strives for gender parity, in parliament (where around 40 per cent of members are women) and beyond. Norway tops two UNDP gender indices: Gender Development Index (GDI) and the Gender Empowerment Measure (GEM). It also provides financial assistance to vulnerable countries in respect to resource sustainability and eradicating poverty. And each governmental department follows up on the SDG targets incorporated into their agendas as part of their budget proposals. By linking the SDGs to budget allocation in the treasury, the goals are incorporated into a robust institutional process.

When we talk about what makes a country a success or failure with respect to the SDGs, GDP simply does not reflect the progress of human development. Though the HDI may not fully capture all the complexity of the 17 SDGs and 169 targets, it is not realistic to expect any index that accommodates the diversity of all countries’ development to do so. Rather, the HDI can be used as an easy and more accurate indicator of progress as it considers factors that serve as valuable forecasts of quality of life.