Can the current global system deliver the Global Goals? 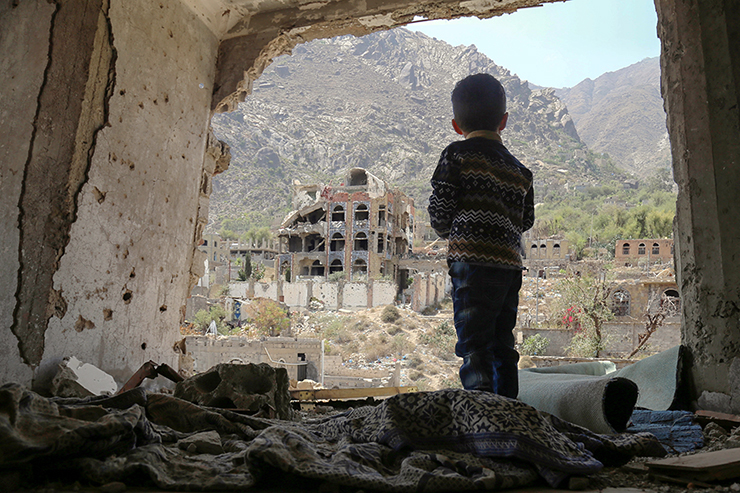 A child looks out at buildings damaged in an air strike in city of Taiz, Yemen. The failure of the international community to end the war in Yemen demonstrates some of the failings of our global system, particularly when it comes to abuse by the powerful of the voiceless.  © Ahmad Al-Basha/AFP/Getty Images

Can the current global system deliver the Global Goals?

Reading through the submissions to this, perhaps the most exciting and hopeful edition we have yet produced of Sustainable Development Goals (SDGs), what stuck out was the multiple virtuous feedback loops that are created as a result of synergies between the Goals.

The SDGs were designed to capture the interconnectivity of various factors that influence, strengthen or hamstring our desire to live life in the ‘larger freedom’ promised by the UN Charter. When the Goals were adopted in 2015, critics said that there were too many of them, and that their scope was too broad. But now, as they bed in, their value in describing the ecosystem of development has become apparent.

So Liu Zhenmin tells us how climate action (SDG 13) is vital to good health, affordable energy, responsible consumption and life below water (SDGs 3, 7, 12 and 14). Devi Sridhar and Lauren McGivern tell us how good health in turn drives decent work (SDG 8).

This interconnectivity means actions have effects on multiple parts of the agenda. Florencia Montagnini and Kjell Berg tell us how preventing soil erosion is vital to achieving four goals. Costanza Biavaschi tells us how 11 goals relate to migration. Ambar Narayan and Roy van der Weide tell us how four goals cannot be achieved without seriously considering intergenerational fairness.

The positivity of these pieces and the possibility of this agenda itself poses questions. Firstly, given all these synergies, it would appear that the path to implementing the SDGs should be clear and enticing to policymakers. Why then does it feel that, nearly a third of the way through the 15-year timescale of the agenda, progress has been intermittent and patchy?

Why do 1.5 million people die from vaccine-preventable diseases each year? Why are our seas full of plastic? Why have nearly three quarters of our insects died in the course of the last human generation? Why is measurable inequality greater now than it has been at any previous point in our history? Why is the social status of one’s parents as influential today as it was 50 years ago in determining a person’s future? And why, in the midst of this ‘second gilded age’, is one person in ten malnourished?

Secondly, the SDGs envisage a brighter future for humanity delivered by means of an interconnected global polity. This vision is clearly articulated in the inspirational words of Lysa John and María Fernanda Espinosa. But it’s sometimes hard to square this hopeful, internationalist outlook with the vision of the world we receive through popular media: societies turning inwards, international cooperation faltering, fear of ‘the other’ increasing, and the rules and norms that make up our global system being more honoured in the breach than the observance.

Is there a risk, then, that our global system might collapse, rejected, just as it is on the verge of delivering its greatest success? Or is the vision of success itself illusionary? Do the critics of our global system, who appear to become more mainstream and influential by the day, have a point?

These are existential questions for this system and the SDGs represent perhaps the last chance of comprehensively answering them. On page 55, Robert Eccles articulates how a more far-sighted understanding of financial returns could both realise the SDGs and provide returns for the private sector.

But if our current institutions and processes cannot deliver the SDGs, this suggests the problems we face are more fundamental and systemic. Is globalism, or perhaps capitalism itself, incapable of delivering meaningful change that truly does leave no one behind?

As Jonathan Glennie argues, there needs to be, at bare minimum, a transformation in how our system works: who it works for, and who it is answerable to.

A transformation, then, but to what? Could an economy still based upon growth become sustainable and deliver the Goals if it embraced a Green New Deal, as Edward Barbier argues? How about if it existed within a framework of globally recognised and respected human rights (including, as they must, economic rights) as argued by Michelle Bachelet and Hu Yuan Qiong? Or is the centrality of growth within our economic system part of the problem? Should we instead measure the efficacy of our economy in terms of its ability to deliver wellbeing, as argued by Katherine Trebeck or human development, as argued by Pedro Conceição?

Should the economy even grow? Valerie Cerra argues that it needs to, but many have argued that the only way to make our economy truly sustainable would be to transition to a steady state, or even to embrace degrowth (although none of the pieces in this publication goes that far).

Others have argued for a ‘doughnut model’: the economy must provide enough to meet the social needs of the world’s population (as identified by the SDGs) but it must not overproduce to the point where it exceeds planetary boundaries or exhausts any of our finite resources. Dame Ellen MacArthur’s vision of a circular economy is valuable here.

Whatever form this transformation takes, it will need to win over the critics of our current global system if it is to achieve the SDGs.

Populism has had the effect it has had by successfully marrying the real grievances of those for whom our global system has not delivered with the anxieties of those whose historical privilege is being eroded. This is a coalition which can powerfully oppose things, including the institutions charged with delivering the SDGs. But it is harder for populists to promote an alternative agenda without revealing the deep fissures between those two groups – one cannot simultaneously provide redress to the losers of historical injustice and protect the primacy of the winners.

But populism’s inability to provide better answers than those of the SDGs should not afford us any comfort. Across the world, millions of people clearly feel that the global system is not responding – or listening – to their needs and aspirations. The absence of viable alternative agendas does not change that sentiment or solve the problems caused by the resultant alienation.

The SDGs need to capture imaginations and inspire dreams. In part this will come from better communication: consistently making the argument that the Goals exist to create a better world for all – as we do in this publication. The fact that this year’s High-Level Political Forum will focus on ‘Empowering people and ensuring inclusiveness and equality’ – with a specific focus on SDGs 4 (quality education), 8 (decent work), 10 (reduced inequalities), 13 (climate action), 16 (peaceful and inclusive societies) and 17 (global partnerships) – will help.

In part this will come from telling stories and finding words that resound: be it in Forest Whitaker’s advocacy, Greta Thunberg’s activism or the creativity of the Extinction Rebellion’s staged ‘die-ins’, like the one illustrated on our front cover.

But above all, what people are demanding is a stake, a say, in the conversation. There is a limit to how inspired people can be by other people’s dreams. If we want the SDGs to truly be a global agenda for civil society, for industry and for the people of the world, it must be their agenda.

Adriana Abdenur tells us how civil society can be empowered without state actors shirking their responsibilities. This is a vital first step. But as the UN Civil Society Forum argued last year, this must be just the start of a journey towards ‘people-centred multilateralism’ – a reimagining of our global system as an interconnected network of all the world’s individuals and groups. Such a network would answer neither to the petty self-interest of narrow nationalism nor to the grandiose self-interest of oligarchical transnationalism, but would instead reflect all the world’s voices.

That is why UNA-UK has launched the ‘Together First’ initiative. This seeks to make our global institutions fit for the mid-21st century and beyond, by widening the conversation about global governance reform to include the public and civil society. We are hoping to achieve a radical redistribution of influence in global affairs by means of listening to the voices less heard. We will start by taking a global to-do list, written by the people and civil-society organisations of the world, to the UN’s 75th anniversary celebrations next year.

But what we will not do is rewrite the SDGs. The Global Goals already describe the world we want. They already provide the tramlines that any process of global transformation must follow if it is to have any hope of influencing the breadth of stakeholders required for change. But a mobilisation of those inspired by the SDG vision of a better world could change the politics of those stakeholders, and of the international institutions themselves. This internal revolution to capture the agenda on behalf of the people provides our best chance to achieve the SDGs. 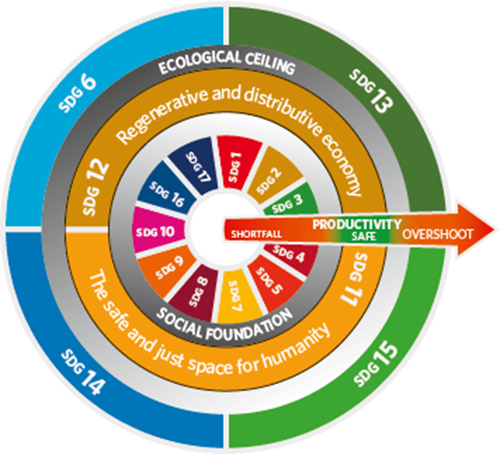