Unless pervasive discrimination and gross inequalities within and among countries are addressed, development will not be sustainable 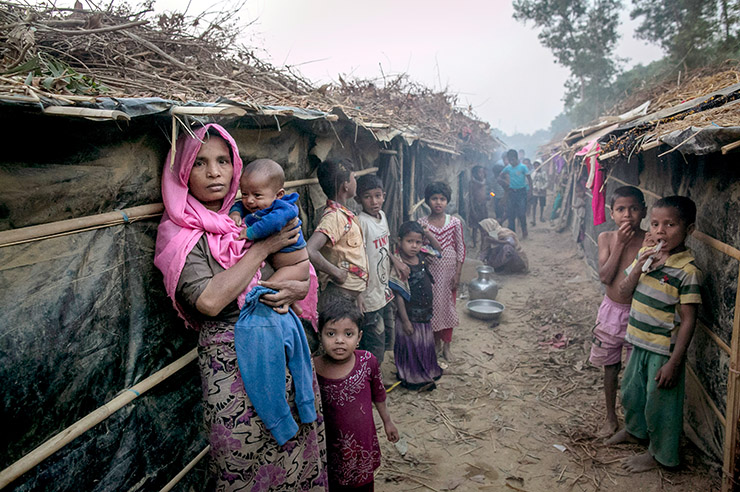 Unless pervasive discrimination and gross inequalities within and among countries are addressed, development will not be sustainable

Rising inequalities – including yawning disparities in economic and political power within and among countries – have become a defining issue of our time.

The concentration of wealth and income in many major economies has returned to extremes not seen for 200 years. The richest one per cent of the global population now controls as much wealth as the other 99 per cent of the world’s people put together. This limits economic growth and increases instability: extreme inequalities contributed to the last global financial crisis and may well precipitate the next.

Deep inequalities are also harshly corrosive of the social fabric. They are almost always fuelled by discrimination – notably based on race, gender, religion, disability, migrant status or country of origin. And, because these inequalities further undercut fair access to opportunities and services, they exacerbate that discrimination. When inequalities mirror and amplify divisions between ethnic or religious communities, they aggravate the tendency for such societies to splinter, first into defensive groupings, then into mistrustful ones, and finally into hostile and violent ones.

This is a mix that can produce volcanic outbursts and cycles of rage and repression, destroying the bonds of respect and fairness that hold societies together.

Renewed commitment
In the 2030 Agenda for Sustainable Development, governments have recognised that “rising inequalities within and among countries”, “enormous disparities of opportunity, wealth and power” and “persistent gender inequality” are among the “immense challenges” confronting the world today.

This is why the core commitment of the 2030 Agenda is its promise to “leave no one behind” and why it is grounded in international human rights standards. It details the way forward to combat exploitation and exclusion, and to build more just and resilient societies that fulfil the rights of all – including women and others who are frequently held back by the systematic injustice and cruelty of discrimination.

The 2030 Agenda may not be a perfect or entirely sufficient programme, but it constitutes a renewed commitment by  UN member states to the absolutely vital work of promoting human rights and human wellbeing. It sets out a concrete programme of action to fight discrimination and inequalities, including through two of the Sustainable Development Goals (SDGs). Goal 10 seeks to reduce inequality within and among countries, while Goal 5 aims to reduce inequalities between men and women.

The programme also includes goals for states to take action to promote universal health coverage, and universal access to education, housing, water, sanitation and other fundamental services. It includes targets on eliminating discrimination – including gender discrimination – in policies, laws and practices. And it sets targets on full employment, decent work, labour rights and the eradication of forced and child labour, as well as fiscal, wage and social protection policies to progressively achieve greater equality.

Significantly, learning from the lessons of the Millennium Development Goals, the 2030 Agenda requires data to be disaggregated so that progress can be monitored for all social groups. This means that progress can no longer be measured in averages or aggregates, and will help to identify which sectors of society are being left behind. This will create opportunities for changing course to ensure a fairer distribution of the benefits of development.

More broadly, the 2030 Agenda promotes peaceful and inclusive societies (Goal 16), underpinned by respect for human rights. It includes targets to achieve more equal political representation, and to protect the fundamental freedoms of expression, association and peaceful assembly. These freedoms help keep governments accountable and prevent perpetual capture of the political space by elites.

It also commits states to addressing some of the inequalities that characterise global governance systems. These include:

While elements aimed at holding the private sector accountable are not fully developed, the 2030 Agenda does include an important commitment on the Guiding Principles on Business and Human Rights, which will help to ensure effective regulation of business by governments. The Agenda’s 17 SDGs are powerful levers to diminish inequalities, build stronger social cohesion and promote national, regional and global stability and peace. They are investments that will pay instant benefits and even deeper dividends in the longer term.

Societies that uphold human rights and respect every one of their members are more resilient, more likely to resolve disputes peacefully, and less likely to engender grievances, repression and violence. In contrast, the damage done by harsh inequalities and other denials  of human rights spills across borders and mutilates the destiny of generations to come.

As implementation of the 2030 Agenda advances, it will be essential that my office and all other partners continue our advocacy and efforts. We must ensure that implementation of the SDGs adheres to human rights standards on equality and non-discrimination, and indeed on all human rights, including the right to development. We must also make sure that the SDGs allow the full participation of women, minorities, indigenous peoples, Afro-descendants, youth and others who are frequently excluded.

Rising inequalities are not inevitable.  The 2030 Agenda sets out a plan of action to reverse them. By working together, and securing the benefits of sound and inclusive governance, and of economies that are fair, we promote the human rights that build peace. Otherwise, the increasing instability of our political, economic and social systems, which are being fed by rising inequalities, oppression, deprivation and exploitation, will affect us all – rich and poor alike.