The SEforAll initiative showed that decentralised solutions are critical to ensuring access to affordable, reliable, sustainable and modern energy by 2030 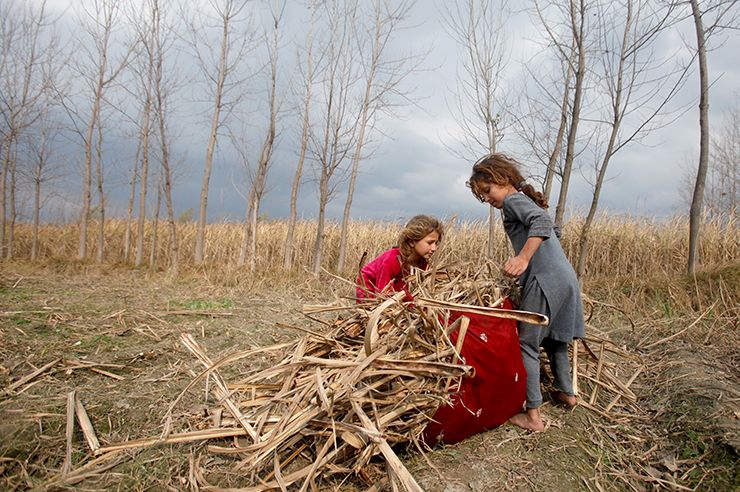 The SEforAll initiative showed that decentralised solutions are critical to ensuring access to affordable, reliable, sustainable and modern energy by 2030

Billions of people live in energy poverty. This does not mean they have no energy – they may use kerosene lamps or candles for lighting, for instance. But it does mean that the energy they have is not sufficient, reliable, affordable or safe enough to meet their basic needs for lighting, heating and cooking, or to support a decent life.

Around the world, 3.8 billion people still cook with solid fuels, such as wood, charcoal or other forms of biomass, on traditional open stoves. Of these people, 1.9 billion live in Asia, making up around half the region’s population. Preparing food this way can have serious health impacts – mainly on women, who tend to do the cooking, and on children under five.

According to the World Health Organization, indoor air pollution from cooking kills over four million people each year, making it a bigger killer than unsafe water, poor sanitation and diseases like HIV/AIDS and malaria. This is nothing short of a global public health crisis. In addition, women spend hours cooking and collecting fuel, often with children. Access to cleaner cooking fuels, such as liquid petroleum gas, and more efficient stoves could free up time for other activities like education – or even leisure!

Worldwide, more than one billion people have no electricity. That is one in five people, rising to two out of three in sub-Saharan Africa. Some 87 per cent of these one billion people live in remote, rural areas far from electricity grids, in what is often called ‘the last mile’. They are not only marginalised geographically but often disconnected from other services and social and economic opportunities. These multiple forms of marginalisation also apply where poor people live in urban informal settlements.

Increased access
The Millennium Development Goals, the UN’s previous development framework, did not include a target on ending energy poverty. But growing recognition among governments and other development actors of energy poverty and its links to other challenges, including gender equality, health and education, led to the adoption of a new Sustainable Development Goal (SDG) on this critical issue.

SDG 7 aims to ensure access to affordable, reliable, sustainable and modern energy for all by 2030. It integrates ending energy poverty with action on climate change through targets on increasing renewable and efficient energy use globally.

Sustainable Energy for All (SEforAll) is a precursor initiative to SDG 7, launched by former UN Secretary-General Ban Ki-moon. In 2017, SEforAll quantified the potentially transformative benefits of the ‘energy access dividend’ across a range of SDGs.

For instance, in India, food production has increased by around 35 per cent since 2000. This is in part because of more modern farming techniques, including electric-powered irrigation.

There has been some good progress on access to electricity, particularly in Asia. But in sub-Saharan Africa, it is not keeping pace with population growth. For cost and political reasons, centralised grids are unlikely to reach the vast majority of the energy poor – those who live in ‘the last mile’ – by 2030.

Electricity utilities and governments are reluctant to connect new villages where people consume relatively little electricity, and whose political influence is limited. Even once a community has electricity, poor households often face unaffordable connection costs (in some African countries the fees are more than the average monthly income).

Global energy demand
According to SEforAll, the development benefits of energy access could be delivered faster and more cheaply through decentralised electricity systems. These are standalone systems either for individual households (for example, solar lamps or bigger solar home systems and generators) or larger mini-grids for communities.

More often than not, these are powered by renewable energy such as solar, wind or micro-hydro, and can be coupled with innovative payment schemes using mobile banking. The IEA estimates that these are the best option for connecting 70 per cent of people living in rural areas.

This raises the larger question of whether providing everyone with modern energy would exacerbate climate change. The good news is that, according to the IEA, reaching SDG 7 would have minimal impact on global energy demand (a 0.2 per cent increase) in 2030. In addition, this would be more than offset by the reduction in biomass use for cooking, leading to a net reduction in greenhouse gas emissions. There are also considerable co-benefits for local environmental protection: for example, access to clean cooking solutions can reduce deforestation.

Holistic approach
Thus the development case for ending energy poverty is clear. New decentralised renewable energy (DRE) solutions are available in many places. But a ‘business as usual’ approach in energy planning and investing by governments, donors and others is a barrier to achieving SDG 7.

If nothing changes, the IEA predicts that there will still be 674 million people without electricity in 2030. Roughly 600 million of these will be in sub-Saharan Africa, mostly in rural areas. On clean cooking, there has been minimal progress and the future is “gloomy”, according to the IEA. One reason could be the low political priority given to ending cooking poverty because it mainly impacts  women – further highlighting the gender inequalities involved.

So what can be done? Firstly, we need to address the ‘investment gap’ for energy access. Globally, finance for energy access is substantially lower than needed. In 2013–14, public and private, international and domestic finance was under half the estimated $45 billion per year needed for universal electrification by 2030. A paltry one per cent went to DRE – the optimal solution for most people living in the last mile.

But this is not only – or even mainly – about more money. Evidence and experience shows that reaching the last mile is particularly challenging because energy poverty is a symptom of a much wider and more complex set of deprivations. Governments and donors need to adopt what is often called a holistic or ‘ecosystems’ approach to connecting last-mile communities, sometimes referred to as the ‘end users’ of a service.

Financing and collaboration
In addition to adopting the right polices and regulations, which should include encouraging businesses to deliver DRE products to last-mile communities, more appropriate and flexible use of public and private finance is needed.

Last-mile end users are not a homogenous group but have differing needs and contexts, and a ‘one size fits all’ approach will not work. Affordability is crucial. More research is needed on how subsidies could be used to connect the very poorest, or in locations where energy markets are under- or undeveloped.

Greater collaboration with a range of different stakeholders supporting the development of last-mile communities, including civil-society and community-based organisations, can also help. As trusted partners, these can help build community understanding of new energy technologies and products and communicate their development needs.

Finally, energy services must be designed to meet the wider socio-economic needs of end users. They must pay more attention to socio-cultural factors – the habits, attitudes and customs of end users, including gender issues – which can make or break an energy service.

For example, while end users may be able to pay for a solar lighting service, for instance through saving on buying kerosene, this does not mean they necessarily understand its benefits or are willing to pay for it. A less top-down approach and more inclusive planning and delivery is essential if we are to make energy services sustainable – socially and environmentally, as well as financially – and to maximise their development impact.