The fate of displaced people and the achievement of the SDGs are closely intertwined. It is vital that those implementing Agenda 2030 address the needs of refugees 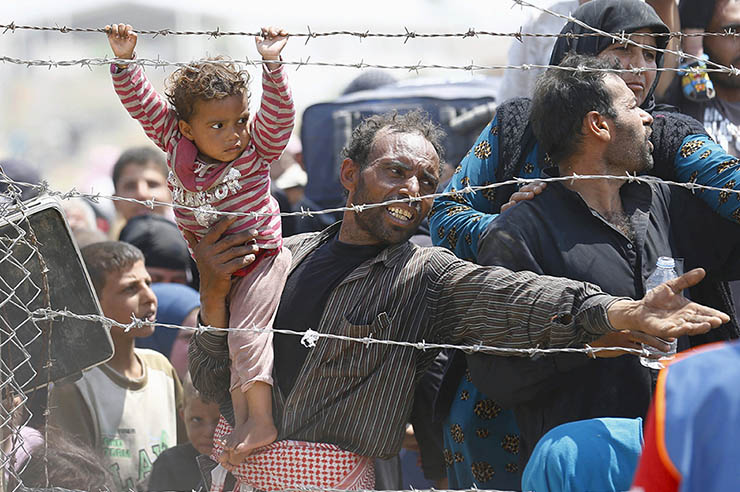 The fate of displaced people and the achievement of the SDGs are closely intertwined. It is vital that those implementing Agenda 2030 address the needs of refugees

The world has committed to a new era of universality. Governments have reached agreements in the areas of sustainable development, finance, disaster risk reduction and climate change. Now is the time to make the transition from policy to practice and from rhetoric to reality.

Very little could have pushed this transition more abruptly into the forefront of citizens’ and bureaucrats’ minds alike than the recent migration crisis in Europe. Confronted with images of vulnerable populations in desperate need of both protection and access to human rights, the applicability of the 2030 Agenda for Sustainable Development has been thrown into question.

The global refugee total had, as of mid-2015, passed the 20 million threshold to reach 20.2 million for the first time since 1992, says the Office of the United Nations High Commissioner for Refugees (UNHCR). Asylum applications were up 78 per cent to 993,600 over the same period in 2014. The numbers of internally displaced people jumped by around two million to an estimated 34 million. The question is now: what can the agreements reached last year tangibly offer to these vulnerable persons? How have they addressed the needs of those forced to leave their homes? And how can countries continue to work together on the implementation of these agendas?

Rather than focusing on a particular refugee situation, it is important to discuss the root causes of displacement. Solving this global crisis requires more than a humanitarian response. It depends on the capacity of the international community to understand the relationship between the environment, displacement and sustainable development.

Many of today’s global challenges, such as the threat of climate change, go well beyond the UN Refugee Agency’s mandate to protect, assist and seek solutions for the world’s refugees. According to Global Estimates 2014: people displaced by disasters – a UN-backed report conducted by the Norwegian Refugee Council’s Internal Displacement Monitoring Centre – almost 22 million people were displaced by natural disasters in 2013, with the risk of disaster-induced displaced estimated to be more than twice as high today than in the late 1970s. This has a huge impact on broader internationally-agreed goals. For example, Zeid Ra’ad Al Hussein, UN High Commissioner for Human Rights, has spoken of the stark implications of climate change on the full enjoyment of human rights.

Forced migration, whether induced by climate change, disasters or violence, carries huge implications for the delivery of the Sustainable Development Goals (SDGs). The UN Secretary-General made this clear in his Synthesis Report on the Post-2015 Agenda, which stated that the new framework “must not exclude migrants, refugees, displaced persons, or persons affected by conflict and occupation”. If states are serious in their commitment to “leave no one behind” and to a rights-based approach to development, then special attention must be given immediately to the millions of refugees and migrants at risk of losing out.

Making the connections
While both Agenda 2030 and the Paris climate agreement make welcome references to displacement, much more work is needed to translate these words into policies, and to situate migrants and refugees in development as well as humanitarian planning. Further efforts are also required to emphasise the mutually-reinforcing nature of development, environment and human rights goals. The Paris agreement – while ambitious and positive in its inclusion of a climate displacement mechanism and consideration of loss and damage – does not directly address the link between climate change and migration, nor the effect of climate change on both sustainable development and human rights. The SDGs include migrants and refugees in the framing paragraphs, but only two of the 169 targets refer to migrants, and none to refugees.

In fact, each of the goals, with their focus on equity and universality, need refugees and migrants to be integrated in the implementation of SDG projects, policies, funding and indicators. SDG 1, with its ambition to “end poverty in all forms everywhere”, and Goal 2 on hunger must take into account the relationship between climate and disaster vulnerability and the socio-economic consequences for the poor. With approximately 60 million people displaced globally, Goal 5 on gender equality, Goal 8 on decent work and economic growth, Goal 10 on reduced inequalities and Goal 13 on climate action will require the inclusion of refugees and migrants in the design and delivery of development programmes to be achieved. In Goal 16 on peace, justice and strong institutions, the role of refugees and displaced people is even more clear: they will need to play a key part in the reconstruction and peacebuilding processes of conflict-affected countries.

Achieving the SDGs by 2030 will require governments to take account of all peoples’ vulnerabilities in order to address their humanitarian and sustainable development needs. Consequently, development and humanitarian actors must work together to respond to the unique needs of displaced persons and refugees, which means that these actors must no longer exist in silos. For too long, the space between relief and recovery has been vast, with many organisations seeing their purpose as only relevant to one agenda.

The number of people that depend on humanitarian aid has increased from 26 million to 76 million over the past decade1 and these people require support not only in terms of emergency response, but to a life that extends beyond their relationship to a natural disaster or conflict. The Third Financing for Development Conference in Addis Ababa included discussion on minimum floors for social spending and protection, and proposals to develop innovative public and private-pooled financing mechanisms – all of which present an opportunity to build the resilience of all national institutions, societies and households.2

‘Resilience’ became a buzzword during the various post-2015 negotiations with good reason: it is about taking the steps necessary to create a global environment that focuses on sustained improvement of the living conditions of the vulnerable, rather than seeking only to provide for their most basic needs. Yet it must not be forgotten that these steps require specific policies, funding and instruments to create change. The SDGs exist at present as an idea of equality, and ideas are not enough to address the needs of refugees and displaced persons.

Challenges and opportunities
There has been a lack of information on how the SDGs can be realised, which presents both a challenge and an opportunity. The failure to include refugee populations in the implementation of Agenda 2030 would be a disservice to one of the most vulnerable social groups. We need strong advocacy on how, when and why we need to fight for their inclusion in national and regional SDG delivery plans.

The financial cost of inaction is likely to be far higher than the cost of addressing these issues.3 Agenda 2030 served to unite countries in a shared vision for a future of safety and dignity, and this vision must be extended to all. Everyone must share access to essential services, education and legal documentation, and a legal status that will allow them to reclaim their future.

We must reinforce the importance of building national capacity and taking practical steps to deal with the particular needs of the displaced. Only then will  we keep the promises we made last September when we agreed the SDGs and resolved to do what is truly needed to leave no one behind. 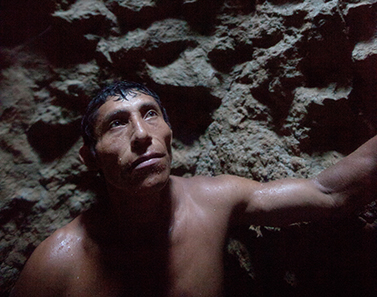 We have the right to hope

We who represent faith-based communities around the world look to you. Sometimes, we remind you of the truth about human failures and our common responsibility.

There is no doubt as to whether climate change is a result of human activity. Therefore, we have a responsibility to alter our behaviour.

The people around the world who suffer today from the effects of climate change dare to hope, and have the right to hope, that you will make significant contributions to reduce the world’s carbon emissions. You know that we must change. That is a reason to hope.

Changes are happening already. Many are changing their priorities and their lifestyles to protect the Earth. Many in the financial and business sectors are changing their investments and practices. They are turning towards de-carbonisation, renewable energy and new methods of production and transportation. The green shift is already happening. We all must follow suit. So many are with us, physically or symbolically, on a pilgrimage of climate justice and peace.

It is time for the human family, and especially those who shape the moral discourse concerning sustainable values for the Earth as our common home, to point more to the possibilities that exist to do what best serves the future of our planet. Hope nurtures and stimulates courage among all actors to make the radical changes needed in the world today. We believe that you have the potential to do what is just for the poor, for those who contribute the least to emissions yet who suffer most.

We believe that you will serve the world by enacting the best examples of human creativity and capacity. We believe you must, you can and you will. We have hope.

Image: José Santos deepening a well in El Burillo village, near Nacaome, Honduras. The drought in the region has reduced the level of the water table and so wells have to be deepened for people to reach the water they depend on. Lack of rainfall in the persistent droughts has meant that the basic grain crops that farmers depend on have failed for three years.