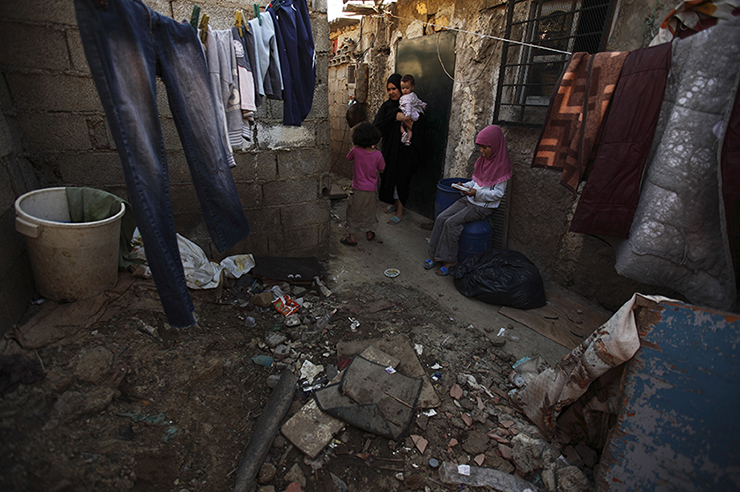 A woman and her children are seen beside their home in a shantytown named the “civil concord district”, near Algiers May 8, 2012. Many Algerians, including those living in shantytowns, don’t see how the May 10 election will affect their day-to-day preoccupations around unemployment, periodic shortages of goods, poor housing and high prices. A large segment of the population is mistrustful of the elections which have been unfair in the past. But authorities are casting the election as an important step towards democratic reform, and need people to vote in large numbers to lend it legitimacy. REUTERS/Zohra Bensemra (ALGERIA – Tags: SOCIETY POLITICS ELECTIONS) – RTR31S9F