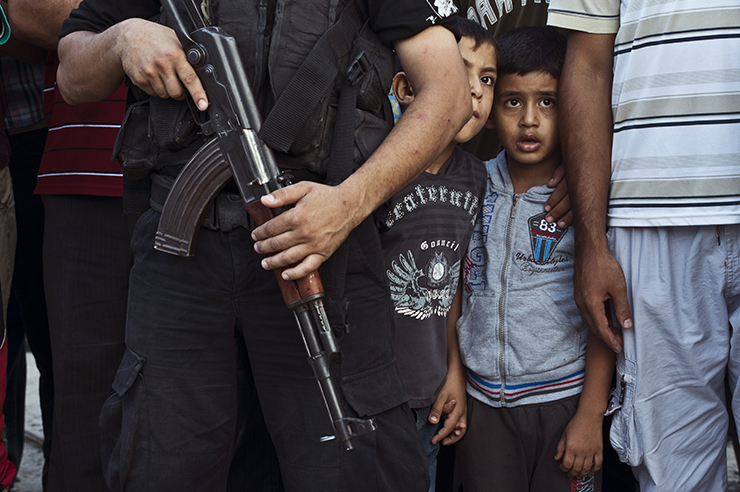 Two Palestinian boys peak from behind a Hamas militant during a Hamas militants parade in Shejaiya on August 27, 2014. Israel and Palestinians both boasted of victory in the Gaza war but analysts say Hamas received only promises while the conflict aggravated divisions in the Israeli leadership. AFP PHOTO/ROBERTO SCHMIDT