Lebanon hosts the world’s highest number of displaced persons per capita. With conflict in Syria now in its 10th year, it hosts an estimated 1.5 million Syrian refugees as well as more than 200,000 Palestinian refugees 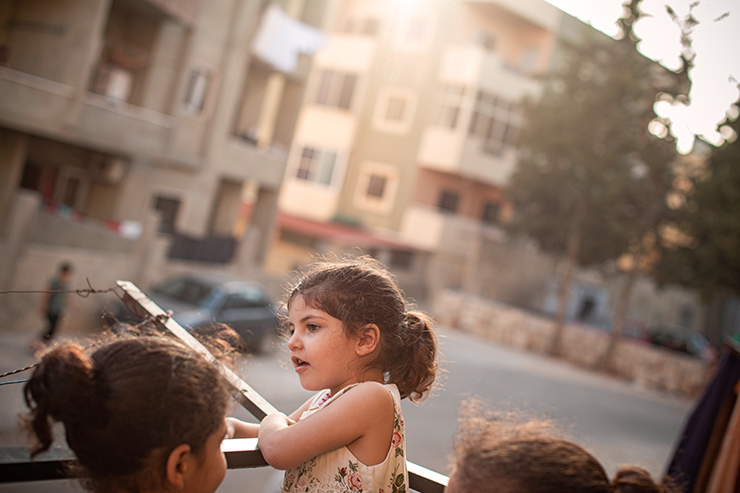 Lebanon hosts the world’s highest number of displaced persons per capita. With conflict in Syria now in its 10th year, it hosts an estimated 1.5 million Syrian refugees as well as more than 200,000 Palestinian refugees

To illustrate the argument made by Enyseh Teimory in her article Interconnected goals, we asked members of UNA-UK staff to explore case studies in the connectivity between various of the SDGs. Here Rianna Nayee explores the interlinkages between health (SDG 3), food (SDG 2) and peace (SDG 16).

The UN Refugee Agency (UNHCR) describes the situation in Lebanon as one of the worst humanitarian crises of our time, now exacerbated by the COVID-19 pandemic. The World Health Organization (WHO) has reported 44,482 cases in Lebanon as of 5 October. The pandemic has thrown several interconnected issues into sharp relief, such as a lack of good governance and inclusive institutions, a weak economy and poor management of vital staples.

An integral link between SDG 2 and SDG 3 is money. Access to both food and healthcare is heavily affected by income. While this translates to serious consequences for the majority of Lebanon’s population – 55 per cent of people in Lebanon qualify as poor, and extreme poverty is now at 28 per cent – the situation is even more severe for Lebanon’s refugees and is exacerbated by weak institutions.

Overlapping crises
Analysis conducted by Oxfam in 2017 has found critical gaps in minimum wage and social protections, and entrenched discrimination against refugees. The resulting figures are staggering: the Norwegian Refugee Council found that 83 per cent of Syrian refugees in Lebanon face extreme poverty, and in 2020 UNHCR reported that 92 per cent of displaced Syrians experience some level of food insecurity.

The World Food Programme, in Lebanon since 2011, now assists more than 800,000 severely vulnerable Syrian refugees. Additionally, UNHCR’s 2019 vulnerability assessment for refugees in Lebanon found that cost was now the most significant barrier to healthcare access.

The close relationships between these goals are perhaps most clearly illustrated by the explosion that occurred at the port in Beirut in August 2020. Nearly 200 people were killed and more than 6,000 injured in the explosion, which has been attributed to the unsafe storage of some 2,750 tonnes of ammonium nitrate in a warehouse at Beirut’s port. Experts in good governance have expressed alarm that the chemicals were stored so close to residential areas and the national wheat reserves for nearly seven years, but senior officials ignored warnings. Some 85 per cent of Lebanon’s food is imported, coming through Beirut’s port. The explosion destroyed 15,000 metric tonnes of wheat – exacerbating food insecurity. It also devastated Lebanon’s healthcare system, which was already under significant strain. WHO reported six hospitals and 20 clinics were damaged in the blast.

Amid these overlapping crises and COVID-19 travel restrictions, UNHCR and UNICEF expressed “deep concern” at the spike in attempts by refugees to move onwards to Cyprus. The seven-day journey is extremely dangerous: on 14 September, the UN Peacekeeping force in Lebanon UNIFIL’s Maritime Task Force rescued a boat off the coast of Lebanon, where several passengers died during the journey.

While the deportation of refugees was suspended as Lebanon closed its borders to combat COVID-19, in his 21 September address to the UN General Assembly, Lebanon’s President Aoun stressed that they cannot continue hosting so many. Due to overcrowding, social distancing is often practically impossible. Though UNHCR has made significant strides to respond to the pandemic, reporting that 82 per cent of refugees are informed of preventative measures against COVID-19, they stress that “the biggest challenge for refugees is simply to survive”.