Can BRICS lead the way to sustainable development?

UN member states accepted sustainable development as a policy vision 25 years ago, but its implementation has been troublesome. Will rising powers provide a new impetus  to help realise this vision? 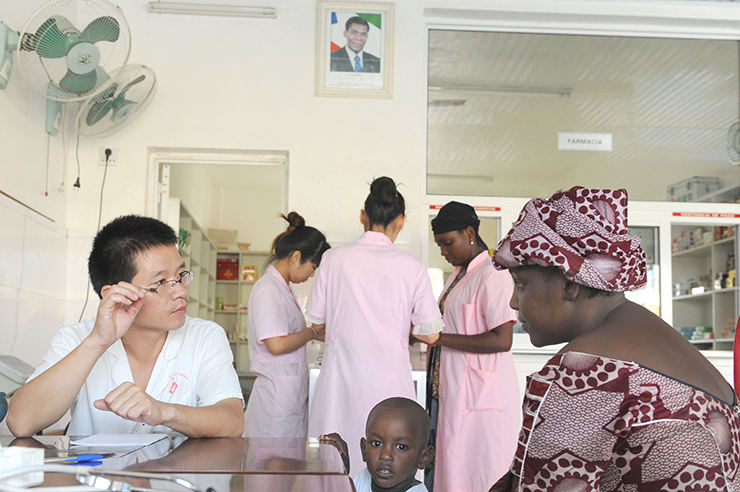 Can BRICS lead the way to sustainable development?

UN member states accepted sustainable development as a policy vision 25 years ago, but its implementation has been troublesome. Will rising powers provide a new impetus  to help realise this vision?

By Mihaela Papa, Lecturer in Sustainable Development and Global Governance, The Fletcher School of Law and Diplomacy, Tufts University, USA

The contemporary UN Agenda for Sustainable Development is in many ways a reflection of the 1992 ideal: an attempt to balance the economic, environmental and social aspects of development through a set of targeted actions. Today’s leadership questions, however, require a new mindset.

Leadership for sustainable development has often been framed in terms of a contest between developed and developing countries. However, the political rise of a new coalition outside of these categories challenges this traditional setup. The BRICS (Brazil, Russia, India, China and South Africa) countries have already emerged as a powerful force for reforming global governance.

Not only do these countries represent more than 40 per cent of the world’s population and nearly a quarter of the world’s GDP, they are also, more importantly, donors seeking to rethink global development. The geopolitical weight of the group suggests that it can mobilise a critical mass of actors, while its small number of constituent countries makes consensus-building easier.

Doubts as to whether the BRICS countries can work together and overcome their policy differences are now consigned to the past. Since the first BRIC summit in 2009 and the joining of South Africa in 2010, the group has made rapid progress. Now it is a platform to coordinate the policies of five countries in over 30 areas.

It has established several joint institutions, such as the New Development Bank (NDB), with authorised capital of $100 billion for infrastructure and sustainable development projects. The BRICS group also established a $100 billion contingent reserve arrangement in 2014 and a credit rating agency two years later.

Moving forward
While sceptics argue that BRICS’ economic credentials are waning and its environmental ambitions are limited, the group’s political leverage is on the rise. The BRICS group has established strategic and sustained political dialogue and conducts joint projects through its institutions.

As Chinese scholar Liu Zongyi notes, the group is turning into an influential “global core”, which interconnects countries in Asia, Europe, Africa and Latin America. A majority of the members are from the Global South and in line with the aspirations of South–South cooperation, it brings southern ideas to the forefront of the UN agenda. At the same time, it increases the volume of South–South trade and investment and sharing of solutions and experts.

A less positive take on BRICS, as articulated by the South African ‘BRICS from below’ movement, is that it is a group promoting ‘maldevelopment’: development based on elite-centric, consumerist, eco-destructive and corporate-friendly policies.

While the BRICS group has treated sustainable development as one of its cooperation priorities since its creation, it did not speak with one voice during the Open Working Group debates on SDGs, and it has only very recently started work on coordination of environmental policies. However, the BRICS countries have shared the common goal of defining the SDGs for all – rather than only developing – countries.

While domestic priorities have some commonalities given the countries’ large poor populations, inequality concerns and environmental challenges, BRICS countries differ in terms of their domestic national development plans. A 2016 report by the UN Sustainable Development Solutions Network and Bertelsmann Stiftung found that BRICS countries’ progress towards the SDGs left a lot to be desired. On the index of 149 countries, Russia was ranked 47th, Brazil 52nd, China 76th, South Africa 99th and India 110th.

BRICS meetings can be used to review the mainstream agenda and explore innovative solutions. The BRICS group most directly advances SDG 7 (on energy) and SDG 9 (on infrastructure) through the NDB’s rollout of renewable energy infrastructure projects. Similarly, BRICS meetings have the potential to advance SDG 6 (on the sustainable use of water resources). The BRICS countries have been cautious about treating water at the global level, emphasising sovereignty over water resources, and all of them except South Africa stayed out of the UN Watercourses Convention. Their newly developed interest in water cooperation can help reform water governance.

As the BRICS countries move forward with the SDGs, several initiatives can facilitate their progress:

Using the whole BRICS mechanism to support the SDGs: the BRICS group provides a cooperation mechanism for the federal governments of the five countries, but also for their cities, businesses and civil society. Effective implementation of the SDGs depends on mobilising a wide range of stakeholders and the BRICS mechanism is well suited for this. The imperative is to use the mechanism as a management tool for transformations and enable it to track progress and ensure accountability.

Increasing BRICS–UN cooperation to build the knowledge base and enhance implementation: the BRICS group has been reaching out to the UN to strengthen cooperation with its various agencies. For example, in 2014 the United Nations Educational, Scientific and Cultural Organization (UNESCO) and BRICS ministers of education agreed on a basis for enhanced cooperation.

The World Health Organization (WHO) has adjusted its cooperation in and with BRICS to accommodate the countries’ specific needs, priorities and capacities. The United Nations Industrial Development Organization (UNIDO) has been developing new ways of engaging with BRICS as a group. As BRICS countries invest in comparing and coordinating their policies through academic and think-tank cooperation,  their greater interaction with the UN can provide new insights and enhance their impact.

The UN needs to envision how to use the BRICS group as a platform more strategically to facilitate SDG implementation – both technically (through cooperation on metrics and data) and in policy terms (through joint problem-solving).

Using BRICS summits to reflect on the SDG agenda with other countries: every BRICS summit takes place in one of the five BRICS countries, with the host country inviting other regional leaders. Such events can be used for a regional rallying behind SDG implementation. The BRICS group can review and realign ongoing activities with respect to the SDGs, investigating where the group’s contribution would be pivotal.

The BRICS group has an opportunity to rise up to the challenge of sustainable development leadership and make its mark. As the US administration becomes more domestically oriented, and the EU and the UK deal with Brexit, the BRICS group is well positioned to reform development governance, to move beyond ideologies and produce policy innovation.