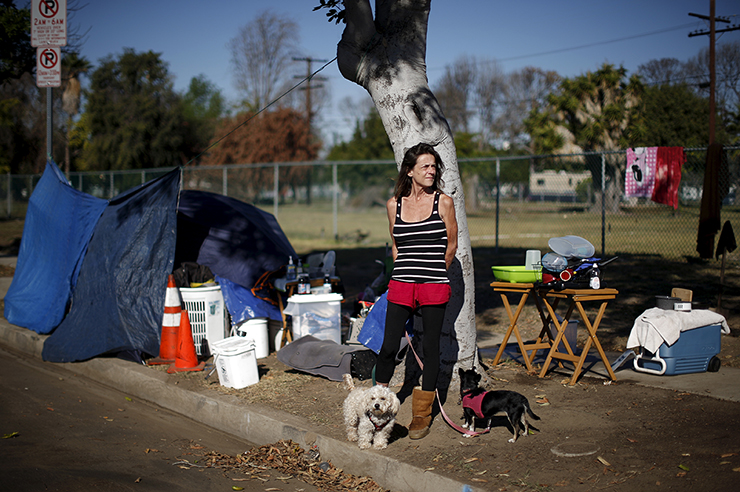 Stacie McDonough, 51, poses for a portrait by her tent at a homeless motorhome and tent encampment near LAX airport in Los Angeles, California, United States, October 26, 2015. McDonough is an army veteran with a college degree who was recently made homeless. Los Angeles is grappling with a massive homelessness problem, as forecasted El Nino downpours threaten to add to the misery of thousands of people who sleep on the streets. Mayor Eric Garcetti has proposed spending $100 million to combat the problem in the sprawling metropolis but stopped short of declaring a state of emergency. REUTERS/Lucy Nicholson PICTURE 2 OF 17 – SEARCH “NICHOLSON MOTORHOME” FOR ALL IMAGES TPX IMAGES OF THE DAY – RTX1ZL4Y