Atrocity prevention and the SDGs – a shared ambition

The Responsibility to Protect and Agenda 2030 seek sustainable solutions to the challenge of building peaceful societies. Improving knowledge and understanding of the role of development  in preventing atrocities, and vice-versa, will bring benefits for both 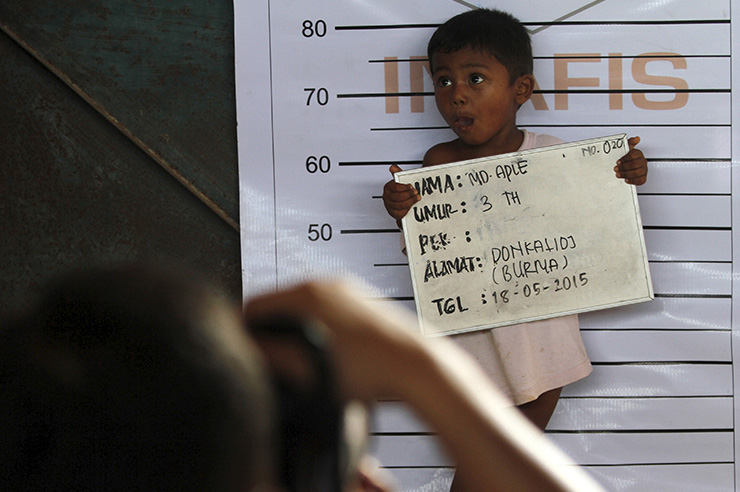 A Rohingya refugee from Burma being processed at a shelter in Aceh province, Indonesia. The 800,000 to 1.3 million Rohingya resident in Burma are denied citizenship by law and are exposed to systematic abuse
© Reuters/Roni Bintang

Atrocity prevention and the SDGs – a shared ambition

The Responsibility to Protect and Agenda 2030 seek sustainable solutions to the challenge of building peaceful societies. Improving knowledge and understanding of the role of development  in preventing atrocities, and vice-versa, will bring benefits for both

Understanding how to prevent and respond to the commission of atrocity crimes (genocide, war crimes, crimes against humanity and ethnic cleansing) has been one of the defining challenges for the international community since the end of the Cold War. While the conversation initially focused on how to respond to ongoing instances of atrocity through the use of military force, the agreement of the Responsibility to Protect (R2P) principle in 2005 helped to shift the focus to long-term, structural prevention. Within this context, the inclusion of peace and justice in the Sustainable Development Goals (SDGs) is crucial.

R2P is a political principle for preventing and responding to atrocity crimes. It places the primary responsibility for preventing atrocities with national governments, and provides a framework for the international community to assist and support states in improving their ability to uphold this responsibility, from development to diplomacy to military deployment.

So far, the development aspects of R2P have been underused and treated with caution. Concerns about the ‘securitisation’ of development are well founded and should be addressed, but if the SDGs truly aim to reduce all forms of violence, not just conflict, development programmes must be capable of addressing the distinct characteristics of atrocity crimes.

Goal 16’s ambition to “promote peaceful and inclusive societies” hones in on one of the key development interventions that contributes to the prevention of atrocities: building the resilience of societies by strengthening the rule of law and ensuring inclusive and accountable institutions. The rule of law safeguards against some of the structural root causes of atrocities, establishing trust between the state and its population through the principle of equality before the law – regardless of whether you are the head of state or a member of a minority ethnic group.

Protecting the unprotected
An estimated four billion people across the globe are not protected by the rule of law. This can be due to anything from a lack of knowledge about their rights or how to access them, to an upfront denial of their rights or legal identity by the government in power.

Atrocities can and do occur in these lacunas of protection. In extreme cases, state leaders completely disregard the law in an attempt to retain power during conflict. The obvious example today is the use of barrel bombs, chemical weapons and indefinite detention by the Assad government against the Syrian civilian population.

In other cases, the law is manipulated to support the goals of the perpetrators. For instance, the 1982 Burma Citizenship Law excludes the Rohingya ethnic group and denies them the right of nationality. This essentially leaves between 800,000 and 1.3 million Rohingya without any legal protections and has created an environment in which systematic violations of human rights – including violence and destruction of property – are not only permitted but encouraged. In the case of Burma, ‘rule by law’, rather than rule of law, is being used to facilitate the segregation, abuse and slaughter of the Rohingya population with impunity.

While international commentators celebrated the successful elections that took place in Burma last year, others pointed out that almost one million people were disenfranchised in the process. There is little indication from the incumbent government that the Rohingya’s legal protections are going to change. Any development programme in the country needs to take this issue into account if it is to be truly sustainable.

In other instances, states simply do not have the capacity to provide adequate legal protection to their populations. Those groups that feel threatened may seek their own means of protection. UN Special Adviser on the Prevention of Genocide, Adama Dieng, has argued that the international community should have and could have been involved much earlier to protect populations from atrocities in the Central African Republic.

By his estimate, an investment of $100 million in programmes to strengthen the rule of law, improve the security sector and ensure that the judiciary was of the right capacity and quality to deal with accountability issues could have prevented the crisis. Having clear avenues for seeking redress helps to ensure that groups do not look for other ways to find justice, potentially risking the occurrence or recurrence of atrocity crimes.

Under R2P, the international community has a responsibility to build the capacity of states to prevent atrocities. As such, those working to achieve Goal 16 should prioritise interventions that are geared to prevent atrocities as well as conflict. They should also look to the existing initiatives that have developed from states’ commitments to R2P and the prevention of atrocity crimes as pathways to help strengthen the rule of law.

Examples of these initiatives range from the R2P Focal Points – a network of 51 states that have designated a senior official in government to support the integration of atrocity prevention measures in national strategies and policies – to regional groupings like the International Conference of the Great Lakes Region and the Latin American Network for Genocide and Mass Atrocity Prevention. Each of these provides an avenue for states wishing to improve their capacity to prevent atrocities, sharing best practice and supporting capacity-building.

Mutual reinforcement
R2P and the SDGs both seek sustainable solutions to the challenge of building peaceful societies. They are mutually reinforcing and each should be considered not just as complementary, but also as providing essential tools for achieving the other.

Development efforts need to be conscious of the specificities of atrocity risks, while initiatives to prevent atrocities must link up with wider efforts to strengthen the capacity of states to provide protections for their populations, be they legal, political, social or economic. National governments and development actors must harness existing mechanisms and frameworks to help put the SDGs into practice. Working to bridge the conceptual and practical gaps between development and atrocity prevention is a clear first step towards supporting peaceful, resilient societies.