A holistic approach to sustainable finance

Sustainability is in Liechtenstein’s DNA, and is critical to the success of its world-renowned financial centre – both today and for generations to come 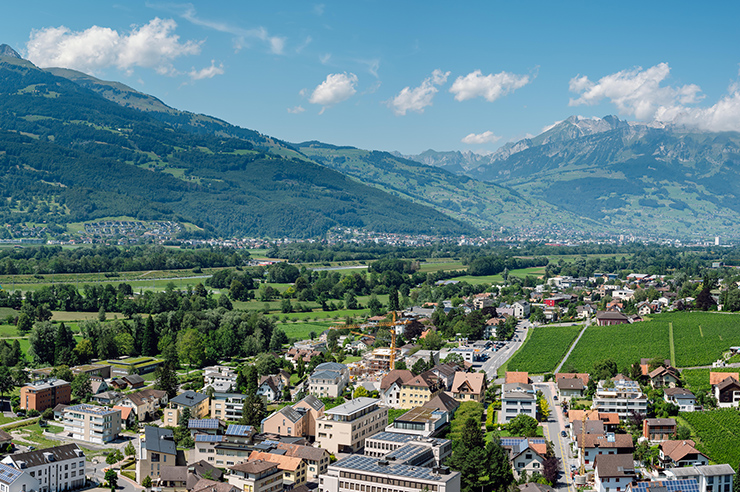 A holistic approach to sustainable finance

Sustainability is in Liechtenstein’s DNA, and is critical to the success of its world-renowned financial centre – both today and for generations to come

In 2019, the principality of Liechtenstein celebrated its 300th anniversary, attracting attention far beyond our 160 square kilometres. What is less well known, however, is that since 2013, all 11 of Liechtenstein’s municipalities have been certified with the label ‘Energy City’ under the European Energy Award Scheme. The principality is therefore the only country in the world that can call itself an ‘Energy Country’. The label symbolises that both policymakers and wider society have a strong sense of environmental responsibility.

Liechtenstein has also created unique public–private sustainability partnerships that are playing pioneering roles internationally. The Waterfootprint Liechtenstein project, launched in 2019, promotes a simple principle: drink tap water, donate drinking water. With this campaign, Liechtenstein aims to become the first country to provide access to clean drinking water to at least the same number of people in developing countries as the number of its own residents. The project is on track to meet this goal by the end of 2020.

Another ‘lighthouse’ project is Finance Against Slavery and Trafficking, part of the Liechtenstein Initiative. This partnership project involves the governments of Liechtenstein, Australia and the Netherlands, the United Nations University Centre for Policy Research, plus a consortium of banks, philanthropic foundations and associations. The UN estimates that more than 40 million people worldwide are in modern slavery, including about 25 million people in forced labour. Approximately 16 million of these are in the private sector, working in domestic service, construction or agriculture.

While more than half of all people working as slaves live in India, China, Pakistan, Bangladesh and Uzbekistan, there are also about half a million people in Europe existing in slavery-like conditions. The International Labour Organization estimates that about $150 billion of illegal profits are generated each year through slavery and human trafficking. In many cases, the goods that enslaved people produce – including tobacco and food – end up in legitimate distribution channels. Studies also show that modern slavery and human trafficking are the most common predicate offences (crimes that are part of more serious crimes) of money laundering and terrorist financing in the world today. So it is vital that countries like Liechtenstein, with its broadly diversified economy and strong industrial and financial centres, take a stand.

These initiatives show that Liechtenstein understands that sustainability is not just about climate action, but that it also concerns broader aspects of society and government. They also illustrate our commitment to sustainability as a global issue that concerns all people, everywhere. And the examples show that it’s in our DNA to think and act on sustainability for the long term, for the sake of present and future generations.

For Liechtenstein’s banks, sustainability is also an integral part of their corporate culture. Their business models are focused on longevity, with all banks distancing themselves from short-term profiteering. No bank is, or has been, active in investment banking. Our banks have a strong sense of corporate responsibility, evidenced by many of their actions: from their own public-benefit foundations, to all three major banks’ involvement in the Swiss and Liechtenstein climate foundations. Liechtenstein’s banks have also enacted a wide range of energy-efficiency measures – including a commitment to climate neutrality – and set high corporate governance standards.

This sense of responsibility is deeply enshrined in banks’ core business models. The Liechtensteinische Landesbank, for instance, has offered an ‘ecological and renovation mortgage’ since 2004 for customers wanting to invest in sustainable buildings.

It also employs the standards of the Global Reporting Initiative (GRI) in its sustainability reporting. LGT, the world’s largest private banking and asset management group to be owned by an entrepreneurial family, has been a pioneer of sustainable investment for many years. Its LGT Venture Philanthropy Foundation, for example, seeks to improve the quality of life of disadvantaged people, while its LGT Lightstone impact investing platform focuses on investments that improve living conditions for underserved people.

Data show that the banks’ focus on sustainable, long-term success is the right approach to take. An analysis of all Liechtenstein funds in 2016 showed that the average ESG rating (an evaluation of the environmental, social and governance factors in companies) was about 60 out of 100 points. The results also showed that many of Liechtenstein’s equity funds met the ESG criteria to a high degree. No Liechtenstein bank had to ask for state aid during or after the financial crisis of 2008–10. Assets under management have increased steadily and, at more than CHF 350 billion worldwide, are now at a record level. With an average core capital (Tier 1) ratio of more than 20 per cent, Liechtenstein’s banks are also among the most financially stable worldwide.

For both Liechtenstein and its financial centre, the future belongs to sustainability. But it’s essential that we think about and practise sustainability holistically. And the path towards a sustainable future must be taken in partnership – between different generations, industries and countries. In this regard, the UN, as a global organisation now in its 75th year, plays an essential role. The Sustainable Development Goals have given us and the entire world not only a shared vision and framework to guide us towards the future, but also a clear set of instructions and a mandate. The Liechtenstein banking and financial centre is ready – and setting the course. 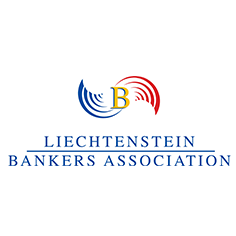 About the the Liechtenstein Bankers Association

Established in 1969, the Liechtenstein Bankers Association (LBA) is the domestic and international voice of the banks operating in and out of Liechtenstein. It is one of the country’s most significant associations and plays a key role in the successful development of the financial centre.