A crisis gone to waste?

Early hopes that the pandemic might shock the world into cleaner, greener, less wasteful economic models may have faded. Yet there is still time to ensure that COVID-19 is the springboard for transitioning to a circular economy 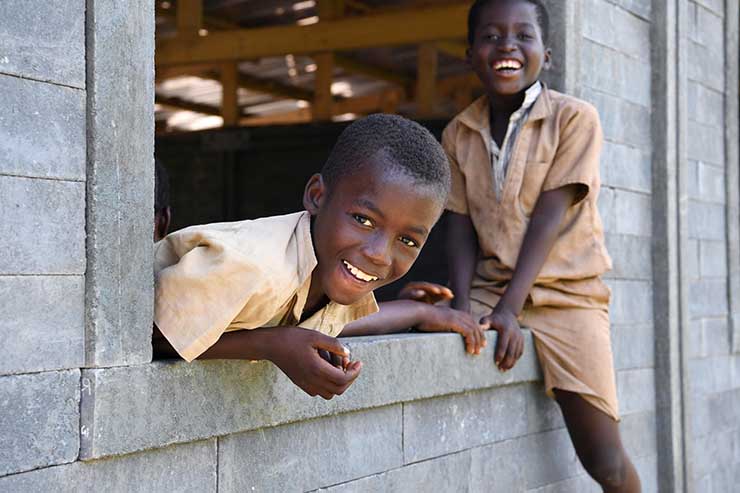 A crisis gone to waste?

Early hopes that the pandemic might shock the world into cleaner, greener, less wasteful economic models may have faded. Yet there is still time to ensure that COVID-19 is the springboard for transitioning to a circular economy

In March 2020, the world came to a grinding halt amid fears of widespread death and illness from COVID-19. Production and consumption slowed, and with them the waste that comes with industrial processes. For the first time in decades, the smog lifted in major cities. The journal Nature reported that global daily carbon dioxide (CO2) emissions fell by 17 per cent in April 2020 compared with the same month the previous year. It argued that the planet’s CO2 profile could be changed permanently if governments retained their tight controls on carbon emissions.

But such optimism was misplaced. Just two months later, the same researchers publishing in Nature showed that CO2 emissions had already increased to almost pre-pandemic levels. The National Oceanic and Atmospheric Administration in the US revealed that total atmospheric carbon had risen, not fallen, over the year. In fact, at 414 parts per million (ppm) in June 2020, the carbon footprint would far exceed the 350 ppm hurdle necessary to “to protect young people, future generations and nature”.

Carbon emissions represent just one side of a multi-faceted waste profile, which includes emissions to land, air and water. Industrial pollution is once again filling the air, clogging waterways and toxifying the land. The urgency of the stresses is widely known, and was made explicit again by the WWF in its recent Living Planet report, which estimates that 68 per cent of wildlife has been lost in the last 50 years.

Building back the same
It seems that governments have let this crisis go to waste – literally. During the pandemic, countries worldwide pivoted within days to effectively shut down entire sections of their societies in a bid to halt coronavirus transmission. Then, in a panic to restart their stalled economies, governments mobilised vast amounts of money to stimulate production and consumption. Governments injected trillions of dollars into their economies, providing wage and rent subsidies, grants and loans. By 24 July, the US had spent 15 per cent of its annual GDP, and China 7 per cent, to reboot their economies.

But these incentives were not directed towards a ‘green restart’ that would help to ‘build back better’. The Financial Times reported that according to the Institute of International Finance, less than 1 per cent of stimulus money worldwide has been spent on a green recovery. Had the money indeed been used to build back better, the investment could have provided a springboard for sustainable development. It could have helped to stimulate commercial and industrial development that assured clean water, fewer emissions and improved biodiversity. Instead, the panic led governments to inject cash to ‘build back the same’.

Yet it was more important than ever for governments to stimulate a green restart, as the pandemic has been adding to ecological stressors. There is substantially more medical waste now being generated – approximately six times more than pre-pandemic levels – to ensure that spaces are disinfected and people are kept safe. Companies are holding more inventory, including perishables, to mitigate supply-chain risks, which means even more waste. Nowhere is this more tragic than when it comes to livestock. According to Reuters, an Iowa farmer forced the abortion of 7,500 unborn piglets because the supply chain had dried up. Then there is the increase in packaging waste, as people are reluctant to visit shops and ordering more online, including their daily meals.

Industry is back, but so is waste.

Going circular
There is still time, however, to use this crisis to create a better world. Now that the panic has subsided, governments have an opportunity to invest future stimulus money for a green restart.

So what does that look like? We need to move from a linear, take-make-waste economy to a circular economy, where material waste from production re-enters new production streams, not waste streams. Businesses need to redefine the byproducts of their production from waste to value.

Imagine food being delivered in cartons that are biodegradable – just like the food you have as leftovers. These materials can then biodegrade rapidly into soil, to refuel new plants. Imagine furniture and cars being designed for disassembly at the end of life, so the various parts can be reused in new furniture and new cars. A circular economy fuels not only the production process by finding value in waste, but assures clean air, water and land.

In this way, the linear model is replaced by a ‘make-use-make-use’ circular model that continues sustainably in perpetuity.

So what does a circular economy look like? Here are some important features.

New product design
In the linear model, products are designed to be thrown away, not reused or recycled. Over 80 per cent of products are designed so poorly that they will end up in waste streams often within just one year of being produced. This waste includes the clothes we wear, the electronics devices we use and the plastics that protect our food.

But products can be redesigned so they do not need to re-enter the waste stream. For example, Hewlett Packard’s Z1 workstation allows users to upgrade it by opening it up and swapping in new components without needing any tools. Building company Yorkon produces commercial building in modules, allowing them to be repurposed; an office space can be quickly reconfigured to a school.

New materials composition
Materials can be redesigned to be regenerated or remanufactured. Traditionally, juice cartons cannot be recycled because of the plastic and paper materials that are glued together to ensure the liquid does not leak. Yet Tetra Pak has produced a plant-based, fully renewable packaging for liquids that can be composted. Designer Kaye Toland has developed sanitary napkins that are also fully compostable. Biomaterials company Ecovative has designed packaging that replaces single-use plastics with mushrooms.

Renew, reuse, repair
Materials that are not easily renewed can be kept in the economy longer. For example, the idea of the ‘sharing economy’ is that fewer people need to own a product and that the same product can be used more often before it reaches the end of its life. Examples includes communities sharing garden tools. Similarly, an increasing number of organisations are offering services instead of goods. Fashion company Rent the Runway allows customers the opportunity to rent clothing rather than buy it. Goods that are worn or broken can be fixed rather than discarded, such as clothing brand Patagonia’s Worn Wear scheme to repair their garments.

Green restart
Even though the initial shock of COVID-19 has passed and governments have already spent much to restart the economy, there is still time and opportunity for countries to invest in a circular economy. Here are some ideas.

Although governments may have missed the opportunity to spend their stimulus money on a green recovery, there is still time to shift behaviour. Business and society are at a critical point. We can maintain a linear economy that will push society off an environmental cliff, or we turn around production into a circular economy that will embrace the principles of sustainable development.